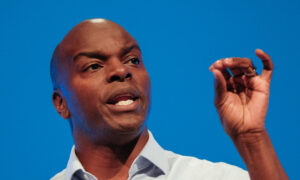 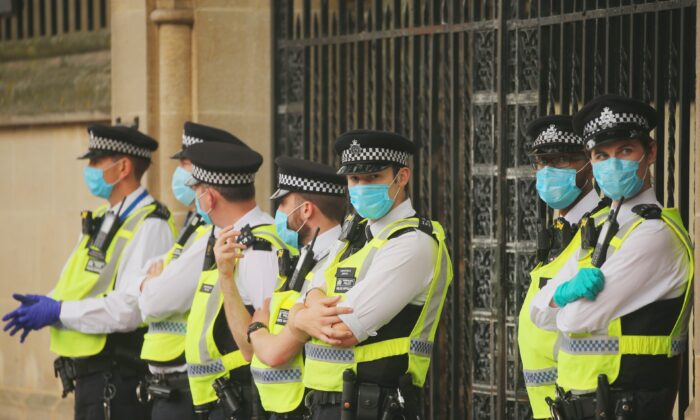 London police say they will be ramping up efforts to tackle people flouting COVID-19 rules as the capital heads into Tier 2 alert.

In particular, they have their sights set on the pubs.

The move up to Tier 2 restrictions means, among other things, that Londoners will no longer be able to mix with people from other households in their own homes or in pubs and restaurants.

“As these new measures are introduced, Londoners can expect to see additional patrols by officers to discourage and deal with breaches of the regulations,” the Metropolitan Police said in a statement on Oct. 15.

“A key area of focus for officers will be targeting evening periods near bars and pubs, where breaches of the regulations are more commonly recorded.”

The Met noted that, in addition to a ban on household mixing indoors, Londoners should also try to reduce the number of journeys they make, saying people “should walk or cycle where possible, or plan ahead and avoid busy times and routes on public transport.”

The police said that it would be “stepping up its response to target those who continue to flout the regulations.”

Police are asking people to report “serious breaches” of the rules.

“Frustratingly, we have seen a small number of dangerous and reckless breaches of the regulations and as the alert level in London increases, we are adopting our policing approach,” Deputy Assistant Commissioner Matt Twist, Met lead for COVID-19, said.

“Communities across London can therefore expect to see an increase in our efforts to deal with the most deliberate, harmful, and flagrant breaches of regulations.”

In addition to London, various other regions will face tighter restrictions from midnight tonight.

Lancashire will become the second English region to enter a Tier 3 alert, which includes a ban on the mixing of households in private gardens.

Tier 3 also only allows pubs and bars to operate as restaurants, serving alcohol alongside meals.

But in Lancashire, there will be no closure of gyms and leisure centres, which had sparked anger in nearby Liverpool.

Liverpool was the first region in England to go into the “very high” alert Tier 3, as part of the central government’s new measures to tackle the spread of the CCP (Chinese Communist Party) virus.

The three-tier system announced on Monday creates a standardized national system, but will work in conjunction with additional locally-tailored measures.

In addition to the standardised Tier 3 restrictions, further local restrictions have been agreed upon, according to the Department of Health and Social Care, including closure of the adult gaming industry, casinos, bingo halls, bookmakers, and betting shops, along with soft play areas. Car boots sales are also banned.