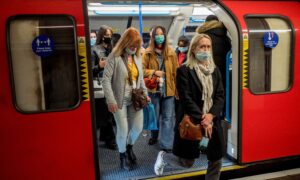 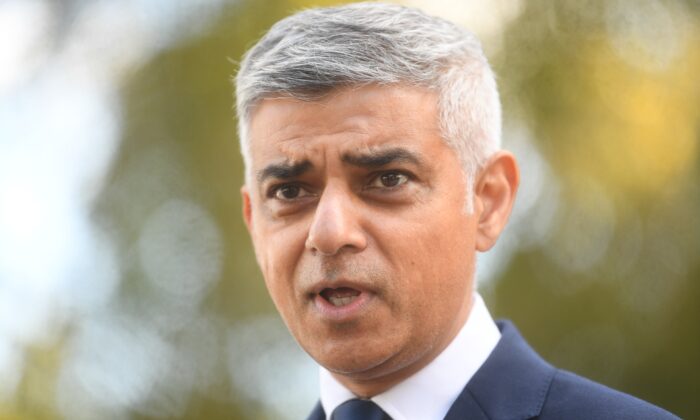 London Mayor Sadiq Khan has called for all schools in the London area to close early for the Christmas holidays and reopen later in January as positive tests for the CCP virus continue to rise in the capital.

Khan wrote a letter to the Prime Minister Boris Johnson asking him to consider closing secondary schools and colleges across the city after a rise in positive test results in children aged between 10 and 19.

“All schools, sixth form and FE colleges, not just in the boroughs with higher levels of cases but across London, should be given priority testing tomorrow and Tuesday. This will allow urgent identification of positive cases and ensure those pupils and their families self-isolate before the holidays begin,” the letter, published on the website LabourList, states.

“Furthermore, urgent consideration must also be given to closing secondary schools, sixth form and FE colleges a few days early and keeping them closed for longer after Christmas to allow for further testing. All secondary school age children should be able to receive regular testing from January in order to keep down transmission in schools and colleges and keep in-person education open and as safe as possible.”

The letter comes as the Labour leader of Greenwich council, Danny Thorpe, said on Sunday that all schools in his district must close as of Monday and move to online learning. This was in response to positive test results growing to their highest level in the borough since March, he said.

Khan’s call for school closures was in contrast to the views of Labour leader Kier Starmer.

Speaking on LBC, Starmer stated that he was “very reluctant” to close schools early.

“I’m really worried about what’s happening across London because we’re only 12 days out of lockdown. The numbers are rising very, very fast. I’m not sure Tier 2 is strong enough to hold the virus,” he said on Monday morning.

“But the worry about closing schools is all the parents have to decide what they do, that’s very difficult with short notice, and we know from previous experience that for children out of school it’s really difficult for the most vulnerable children.”

Khan’s letter came before the government announced on Monday afternoon that London would be placed into Tier 3 of the three-tier CCP (Chinese Communist Party) virus restrictions from midnight on Wednesday. Tier 3 is the highest tier with the most stringent restrictions.

“This is incredibly disappointing for our businesses who have suffered so much already this year. But it’s clear that the virus is accelerating in the wrong direction once again across London and the lives of Londoners are at risk,” Khan said in a statement.

“This means hospitality settings, such as bars, pubs, cafes, and restaurants are required by the Government to close except for takeaway, delivery and click and collect services. You must continue not to meet other households indoors and to keep to the rule of six while outside.”