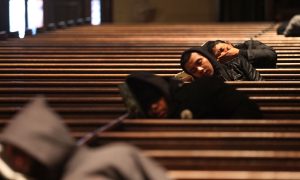 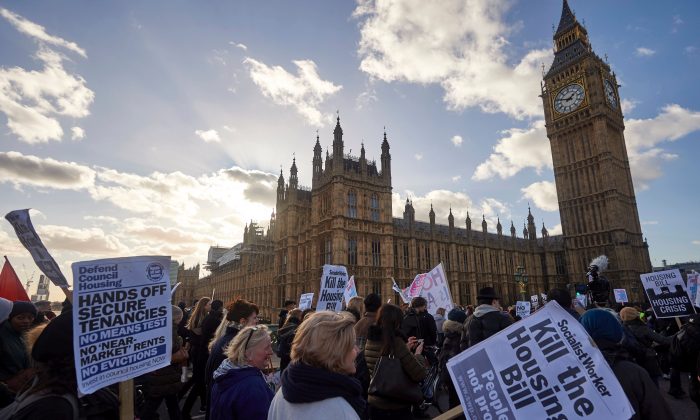 London Housing Crisis Is Coming to a Crunch

Londoners are getting desperate over rising rents, with residents and students taking to the streets and social media over the cramped conditions tenants are forced to accept.

With house-building lagging well behind the population increase in western Europe’s biggest city, prices are soaring beyond anything affordable.

“The situation is becoming untenable,” said retired teacher John Ford, 60, who joined a 2,000-strong protest this month against the government’s new housing bill, which would radically alter public housing and the rights of its tenants.

“My nephew is a young surgeon. He cannot afford, on his salary, to buy a house in London. So this crisis is beginning to eat into the middle class,” he said.

Many “generation rent” young professionals, whose parents bought comfortable homes in their early 20s, have given up on their dream of ever affording a property in London.

At University College London, more than 150 students have gone on a rent strike. One UCL block has rooms costing as much as £262 a week.

At this month’s protest outside Downing Street, two UCL students carried a symbolic home-made housing ladder, with all but the very top rungs knocked out.

“I don’t see any prospect of owning a home – certainly not in London,” said its co-creator, doctorate student Liam Shaw, 24.

Buy-to-leave is dreadful. But the real issue is what’s being built: homes designed for just that.
— Natalie Bennett, Green Party

“People in the lowest-paid jobs have to live on the outskirts of London,” Green Party leader Natalie Bennett told AFP.

“We’re now hearing of junior doctors, nurses, and teachers having to commute from outside.”

Commuting from outer London is not without cost in time and stress, let alone money. An annual travel pass from the city limits costs £2,364.

Part of the problem is wealthy foreign buyers snapping up high-end new developments as a safe investment and leaving them empty while they accrue value.

“Buy-to-leave is dreadful. But the real issue is what’s being built: homes designed for just that,” said Bennett.

Some are proposing innovative solutions to the situation.

Rupert Hunt, founder of flatshare website SpareRoom.com, is opening up his own plush home in trendy Shoreditch to lodgers paying whatever they can afford, in a bid to encourage others.

“Demand has increased massively. It’s not unusual to see 10 or 12 people for every room especially in some parts of London,” he told AFP.

“In England there’s something like 19 million spare rooms, empty rooms, and if we just convinced 3 per cent of that to take a lodger that’s the size of a small city in extra housing.”

The outrage over rising rent is fed with regular stories in local papers about tenants being offered bedrooms in closets under stairs or in corners of living rooms, or matchbox-size houses selling for astronomical amounts.

Housing is a major issue in May’s London mayoral election to decide who replaces Boris Johnson.

At a debate this month, the two leading contenders, Conservative Zac Goldsmith and Labour’s Sadiq Khan, outlined their plans.

Goldsmith said transport links must be improved to “reflect the reality of more and more people living on the outskirts”.

With the price of even the average London property going up by £10,682 in December alone, there will be little time to waste.