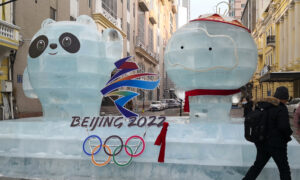 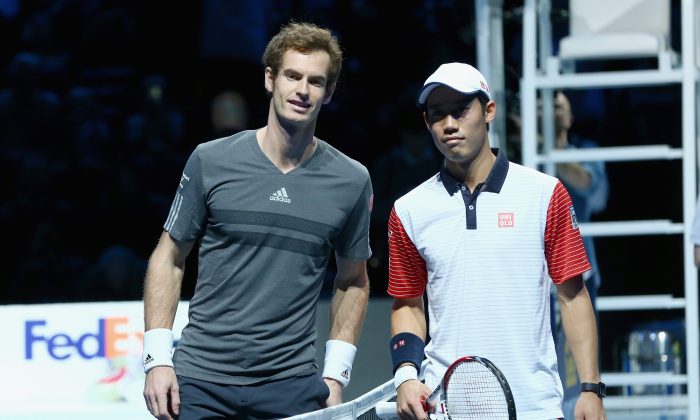 Andy Murray of Great Britain and Kei Nishikori of Japan prior to their round robin match during the Barclays ATP World Tour Finals at the O2 Arena on November 9, 2014 in London, England. (Clive Brunskill/Getty Images)
International

It’s the final countdown on the man’s ATP tour. The eight best of the world arrived in London and they are hot and ready, to battle for the World Championship Title which starts today Sunday Nov 9, 2014.

The players are split into two groups that will be played in a round-robin format. Each of the players will have to go through three matches against the other competitors in his group and only the two top players in the group will advance directly to the semifinals.

Novak Djokovic fresh from the Paris Masters 1000 win, is leading group-A. Joining him are the 2014 Aussie Open Champion Stan Wawrinka, the Czech Tomas Berdych and the Croatian sensation and US Open Champion of 2014, Marin Cilic who enters the tournament for the first time in his career.

Judging from the results and the form of all of the player’s in group-A it looks like the only player that could prevent World No.1 Djokovic topping the group is Stan Wawrinka. The Swiss has a great head to head record against his fellow group mates Cilic and Berdych and is capable as shown at the start of the year of beating Novak Djokovic.

Group B, is led by no other then the 33-year old Roger Federer, the world’s number two player who will be looking to win the title for the seventh time and possibly still has a chance of getting that number one spot back from Djokovic, who is currently in the lead with 1,310 points over the Swiss. Joining him in the group are the Japanese Kei Nishikori who had an impressive run at the US Open finishing as a runner up and winning back-to-back titles in Kuala Lumpur and Tokyo, before qualifying in Paris Masters by entering the semi-finals.

The fighter Andy Murray is in the group B as well. He on the other hand fought his way into a super form and into the tournament by winning three tournaments in the last two months and is looking like he could be one of the guys to finish on top of his group. The last but not least in the group is the 23-year old Canadian, big server, Milos Raonic who entered the tournament for the very first time after he made it to the final in Tokyo and Paris Masters, where he upset Roger Federer and Tomas Berdych along the way to qualify for the finals.

There is one top player missing in the draw. This year Rafael Nadal will have to watch the matches from his home in Spain, as he is recovering from an appendectomy operation. Nevertheless this will be the 11th consecutive year that the No.1 ranking on the ATP World Tour is held by the famous Djokovic, Federer or Nadal. No other trio in the history of the ATP Rankings has dominated the No.1 spot for that length of a time.
Djokovic is currently on a 27-match winning run indoors, which dates back to him winning the Barclays ATP World Tour Finals in 2012. As a matter of fact he will be going for his third year in the row to become the World Champion by winning in London. He most certainly feels very confident and it will be tough for anyone to try and stop him. This week is promising to be one of the most exciting week for the tennis fans around the world as the players are getting ready to finish the ATP season in style.