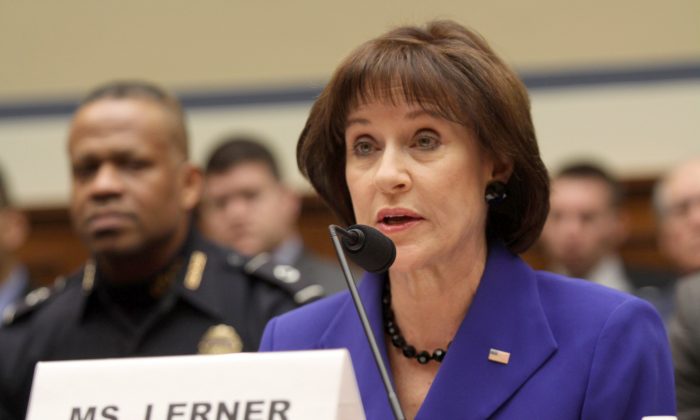 The IRS destroyed former Lois Lerner’s BlackBerry after Congress started probing whether the IRS was targeting conservative groups. Lerner was director of the Exempt Organizations Division of the IRS. A sworn declaration of Thomas Kane, a senior IRS lawyer, reveals that in June 2012, the IT department of the IRS wiped any sensitive or proprietary information from the BlackBerry in preparation for its destruction.

The declaration is part of a lawsuit against the IRS brought by the conservative watchdog group, Judicial Watch. The group said last week in a related statement that Department of Justice attorneys for the IRS told them last week that all government computer records, including emails, are backed up. They said, however, that to search the backup system would be too onerous. Judicial Watch lashed out at the DOJ’s position.

“This is a jaw-dropping revelation,” said the organization’s president, Tom Fitton, in a statement. “The Obama administration had been lying to the American people about Lois Lerner’s missing emails. There are no ‘missing’ Lois Lerner emails—nor missing emails of any of the other top IRS or other government officials whose emails seem to be disappearing at increasingly alarming rate.”

Judicial Watch also said it plans to raise searching backup files with the judge in the case, Judge Emmett Sullivan.

The White House has said that despite almost 20 congressional hearings and 750,000 pages of documents, the investigation is part of a partisan campaign. In June, White House Press Secretary Josh Earnest said there is “zero evidence to substantiate any of the partisan Republican claims about this matter” during a press briefing.