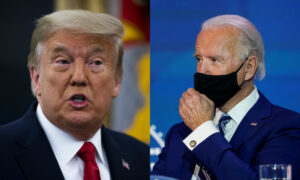 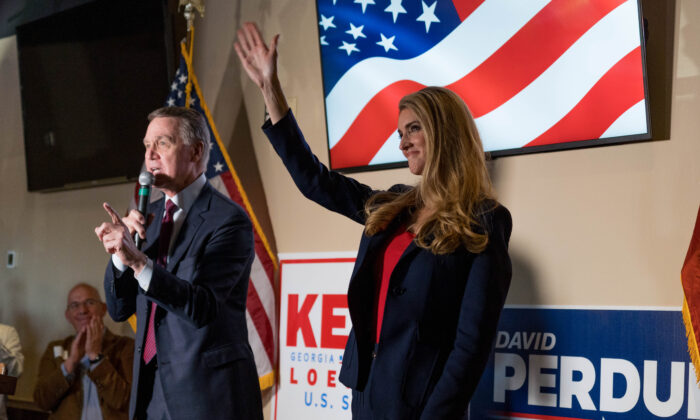 “Thanks to President Trump’s leadership, COVID relief is again on its way to the millions of Georgia families and businesses who need it most,” the Georgia GOP senators said ahead of their runoff races next week.

“Make no mistake: a great deal of work remains,” the statement continued. “The coronavirus pandemic grinded [sic] to a halt the greatest economic turnaround in American history, and Democrats are hellbent on a socialist agenda that prioritizes wasteful, irresponsible spending over the well-being of the American people.”

“We look forward to continuing to fight alongside the president in his relentless pursuit to keep America great,” Loeffler and Perdue wrote.

The White House said Sunday evening that the president signed the COVID-19 relief legislation, which includes a $900 billion relief package, after reaching an agreement with Congress over stimulus checks, Section 230, and voter fraud.

“As president of the United States, it is my responsibility to protect the people of our country from the economic devastation and hardship that was caused by the China virus,” Trump said in a statement.

“I am signing this bill to restore unemployment benefits, stop evictions, provide rental assistance, add money for PPP, return our airline workers back to work, add substantially more money for vaccine distribution, and much more.”

It comes following a delay due to Congress’s failure to meet Trump’s demand to increase stimulus checks from $600 to $2,000 per person. Trump had repeatedly expressed dissatisfaction over what he described as “wasteful” spending in the bill while Americans continue to struggle due to pandemic lockdowns.

Democratic Senate candidate Raphael Warnock, who is challenging Loeffler, had called on her to support the increased checks. “Donald Trump is right, Congress should swiftly increase direct payments to $2,000. Once and for all Senator Loeffler should do what’s best for Georgia instead of focusing on what she can do for herself,” he said in a statement.

The bill Trump signed was passed by both houses of Congress earlier this week and sent to the White House on Christmas Eve. Trump did not immediately act on it but instead renewed his pressure on lawmakers to revisit portions of the omnibus bill and to increase direct payments for Americans.

The president said Sunday that along with signing the bill, he would invoke the 1974 Impoundment Control Act to demand “rescissions” be made to the spending measures. Under the act, if the president wants to spend less money than Congress provided for a particular program, he can seek congressional approval to rescind by sending a special message to Congress identifying the amount he proposes to rescind, the reasons for it, and the economic effects of the rescission.

Trump also noted that the House will vote to increase direct payments to $2,000 per person and $5,200 for a family of four on Monday, and that the Senate will also start the process for a vote.

The president meanwhile announced Sunday that he will be holding a rally in Georgia on the eve of the state’s run-off.

“On behalf of two GREAT Senators, @sendavidperdue & @KLoeffler, I will be going to Georgia on Monday night, January 4th., to have a big and wonderful RALLY. So important for our Country that they win!” Trump wrote on Twitter.

Senate Republican incumbents Perdue and Loeffler are up against Democrats Jon Ossoff and Raphael Warnock. Should Democrats take the seats in the Jan. 5 runoff elections, they would have a 50-50 tie in the Senate, which would then make the tiebreaker either Vice President Mike Pence or vice presidential nominee Sen. Kamala Harris (D-Calif.) following the result of the general election.