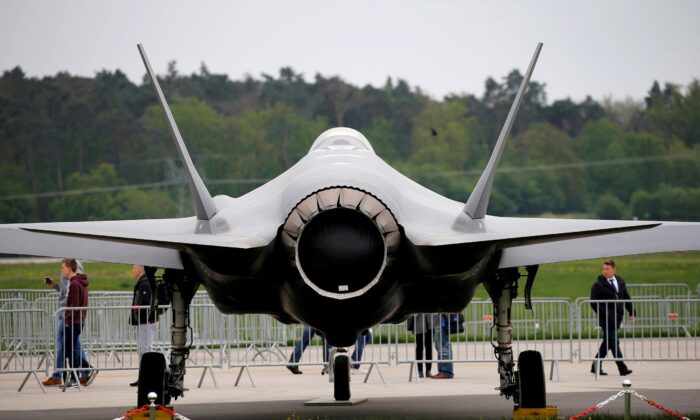 A Lockheed Martin F-35 aircraft is seen at the ILA Air Show in Berlin, Germany, on April 25, 2018. (Axel Schmidt/Reuters)
Companies

There has been an aircraft shortfall last year due to the pandemic and resulting workspace changes within Lockheed Martin production facilities. The aerospace company has now agreed to an F-35 “rebaseline” that ensures more predictability and stability in the production process, according to the press release.

Based on this, the company expects to deliver 156 aircraft from 2023 onward. With 283 F-35s currently in possession, the aircraft is the second-largest fighter fleet in the U.S. Air Force inventory.

Due to its advanced capabilities, Chief of Staff Gen. Charles “CQ” Brown had said in testimony (pdf) on the fiscal 2022 budget before the House Appropriations defense subcommittee that the F-35 remains “the cornerstone of our future fighter force and air superiority.”

The U.S. government is the biggest customer and the Air Force plans on purchasing more F-35s in coming years, with 1,763 in the pipeline. There have been more than 700 F-35 jets delivered to allies, operating from 21 bases worldwide.

According to estimates, F-35A, the version used by the U.S. Air Force, costs about $78 million and has a recurring cost of $38,000 per hour of flight.