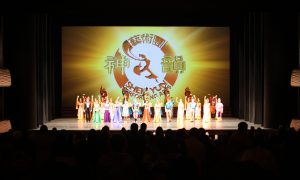 In addition to Black Hawk helicopters, Sikorsky makes presidential helicopters. Sikorsky helicopters have also returned astronauts home after they splashed down in the Pacific Ocean at the end of their space travels.

Lockheed Martin plans to add Sikorsky to its mission systems and training unit. The Bethesda, Maryland, defense contractor expects to fund the acquisition with cash on hand and new debt issuances.

United Technologies, based in Hartford, Connecticut, said it will use the sale’s proceeds for additional stock buybacks.

Cowen and Co. analyst Cai von Rumohr wrote that the proposed sale may be a “longer term strategic plus” for United Technologies would it to boost its position in aerospace systems where it could cut costs.

There is the potential, however for a close review of the deal by the Defense Department, von Rumohr said.

The deal is targeted to close by the end of the year or in the first quarter of 2016.

There have been rumors of a Sikorsky sale for more than a year.

Sikorsky’s military business fell as the U.S. exited Afghanistan and reduced its presence in Iraq. Its commercial business also took a hit with falling oil prices that led to a cutback in helicopters shuttling workers to offshore oil platforms.

United Technologies announced in March it was looking into whether spinning off Sikorsky “would allow United Technologies to better focus on providing high-technology systems and services to the aerospace and building industries.”