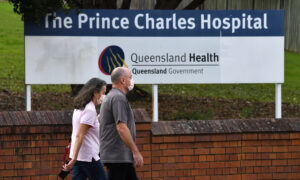 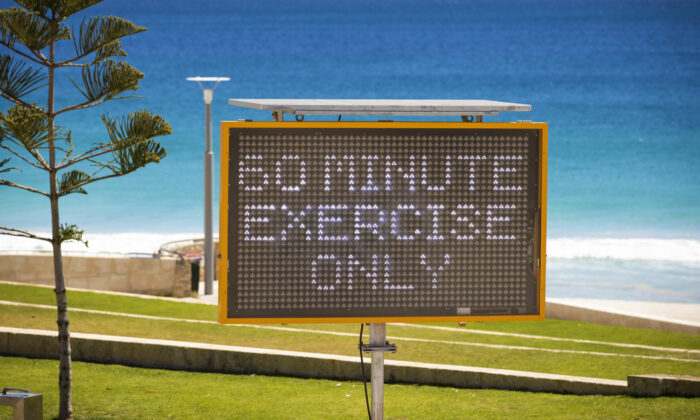 Exercise is currently restricted to 60 minutes and masks need to be worn during exercise. (Matt Jelonek/Getty Images)
Australia

Australians living in the states of New South Wales (NSW) and Victoria will continue to be subject to harsh and prolonged COVID-19 lockdown and restriction measures, with the leaders of both states refusing to ease up until more residents are vaccinated.

Victorian Premier Dan Andrews announced on Sept. 1 that his state would extend its lockdown until 70 percent of its residents had received their first dose of vaccine, expected to be achieved by Sept. 23.

In the meantime, residents cannot leave their homes unless it is for five permitted reasons: shopping for food and supplies, authorised work (with a permit) and study, care and caregiving, exercise, and getting vaccinated.

“When 70 percent of Victorians have had at least one vaccine dose, we will look to ease restrictions a little further,” Andrews said in a press release published on Twitter.

At that point, the 5km (3.1 miles) radius will expand so Victorians can exercise or shop a little further from home. They will also be given one extra hour to exercise, taking it up to three hours per day. Outdoor personal training will also be allowed with up to two people plus the trainer, and outdoor communal gym equipment and skate parks will re-open.

Meanwhile, north of Victoria, in NSW, Premier Gladys Berejiklean has called on other Australian state and territory leaders to stick with the National Plan to return freedoms to citizens and reopen the country once the 70 percent and 80 percent vaccination thresholds are achieved.

“It is impossible to eliminate the Delta strain,” Berejiklean told reporters in Sydney on Sept. 1, referring to the more transmissible variant of the CCP (Chinese Communist Party) virus, which causes the COVID-19 disease.

“Every state in Australia, sooner or later, is going to have to live with Delta,” she added. “That’s why I’m calling on all my colleagues, all other state premiers and [chief] ministers to stick to our plan—stick to the National Plan to make sure we give our citizens, not only the freedoms they deserve but also learning to live with [COVID-19] as soon as we can.”

But on the same day, Andrews signalled a different stance, saying, “Victorians cannot afford to open up and let this virus run free—our hospital system would be overrun, our frontline staff would be placed under too much pressure, and quite simply, people would die.”

All of Australia’s state and territory leaders, along with the prime minister, form the National Cabinet, an intergovernmental body. They have agreed to the National Plan to transition the country’s COVID-19 response from suppressing the virus to living with it while preventing serious illness.

This requires state leaders to implement measures to “accelerate vaccination rates” during Phase A, the current stage of the national plan (pdf).

The NSW government has reported that about 67 percent of its residents had already had one dose of vaccine, with Berejiklean anticipating that number would reach 70 percent in the next few days.

Currently, around 30 percent of NSW’s eligible residents are fully vaccinated.

This gives Berejiklean confidence 70 percent of NSW residents would be fully vaccinated sometime in October.

“No matter where you live, life will be much much better, much freer, so long as you’re vaccinated,” she said, encouraging residents to get vaccinated by warning them that the unvaccinated will continue to have limited freedoms under the current regime.

NSW is currently locked down due to an outbreak of the CCP virus Delta variant, with 1,116 new locally acquired cases reported on Sept. 1.