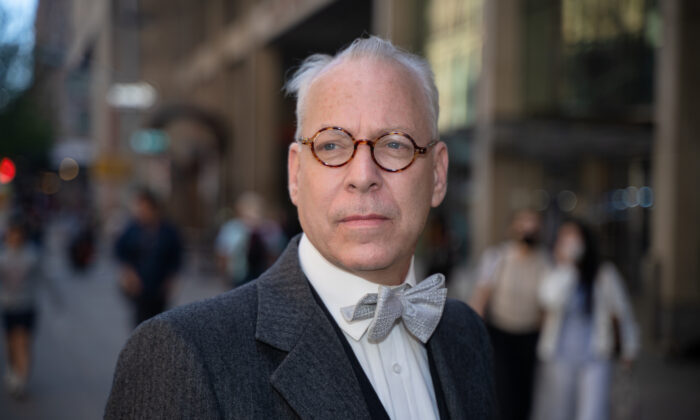 After living through more than two years of extreme pandemic mitigation policies, experts are saying we need answers from the government about why public health officials were allowed to make decisions that damaged peoples’ economic, physical, and mental health.

Jeffrey Tucker, author and president of the Brownstone Institute, said it will take years to have a complete picture of why agencies like the Centers for Disease Control and Prevention’s (CDC’s) officials, including top White House pandemic adviser Dr. Anthony Fauci, were allowed to make decisions that are contrary to established pandemic response policies.

Discussing the decision handed down by U.S. District Judge Kathryn Kimball Mizelle opposing the CDC’s mask mandate for airplanes and other public transport, Fauci told CNN on April 21: “We are concerned about that—about courts getting involved in things that are unequivocally public health decisions. I mean, this is a CDC issue; it should not be a court issue.”

Tucker said comments like these show how Fauci’s thinking is fundamentally opposed to America’s founding principles.

“And the fact that Fauci could say this with such confidence, and no awareness at all, of how radically opposed this is to any standard of what government’s supposed to be, or human freedom is, it should alarm us,” Tucker said in an interview with EpochTV’s “American Thought Leaders,” which will premiere on Saturday, May 7 at 7:30pm ET on EpochTV.

However, Tucker said this is precisely what the courts’ role is, to keep agencies of government in check. He said Fauci’s statements show he does not think the CDC’s decisions are subject to judgment by the courts.

Instead, Fauci thinks, “that’s not for us, you know, we need unmitigated power to do whatever we want, so long as our scientists say that’s consistent with public health,” said Tucker.

Fauci’s thinking is flawed and shows that he is out of touch with the U.S. Constitution, continued Tucker.

The Epoch Times has reached out to Fauci’s office for comment.

“He works for the [National Institutes of Health], but I guess technically, yes, more so for the CDC, and is announcing that there should be no restraints on the administrative power of deep state bureaucracies at all, not legislators, and certainly not courts.

“Now, to me, that shows what kind of bubble they live in,” Tucker said.

Tucker praised the recent court decision to put a check on the CDC’s mask mandates, which he said proves that the CDC broke the law and overstepped its authority.

“They’ve tasted power, and they’ve seen what’s possible. They don’t want that to go,” he said.

The CDC “seized” on the Public Health Services Act, said Tucker, to make rules in the name of pandemic mitigation, including lockdowns and the eviction moratorium.

A Few Affected Many

The lockdown ideology was not born “of epidemiology, virology, immunology … [but] is born of political paranoia,” said Tucker.

Tucker pointed to the 2005 White House bioterrorism unit (pdf), which he said was made up of computer scientists who had to figure out what to do if there’s a new pathogen. It was “the birth of lockdown ideology,” he said.

Another key event that allowed government agencies to justify lockdowns, was that in February 2020, NIH staff, which included the Deputy Assistant to Fauci, Clifford Lane, went with the World Health Organization (WHO) to China to observe their pandemic response, after which the WHO published a paper (pdf) and lockdowns were initiated in the United States.

“So, you have this document coming out that basically had the World Health Organization telling the world to copy China,” said Tucker.

In the United States, lockdowns or stay-at-home orders to “flatten the curve,” were instituted in mid-March 2020. On April 2, Fauci told CNN the United States should have a national lockdown order, adding, “I don’t understand why that’s not happening.”

“I guess I just say it’s, a plot, you know, by NIH and CDC and Fauci and everybody in that whole gang, we’re not talking about a big gang, but it’s a small gang, to do to America, what happened to us over the over the coming two years,” said Tucker.

Tucker said it would have been better for the United States to not have had the trillions of dollars in stimulus money poured into the economy. “And that’s when we get the Cares Act that unleashed the fiscal monetary catastrophe that we’re experiencing right now. It’s all directly related to lockdowns,” he said.

He criticized the government for implementing policies that create inflation as a means to collect revenue.

Inflation has been used as a tool by governments since the ancient world as a way of generating revenue without having to tax people, said Tucker.

In addition, the government has fueled inflation by printing more money, “because the thing about money is it’s got certain properties, it’s got to be scarce, you know, you need to have a predictable quantity of it,” he said.

“Usually when you have an inflation, you have other structural issues going on” like supply chain issues, he said. “We would have opened up very quickly, it would have been two weeks to flatten the curve if Cares Act hadn’t passed.”

“It was a massive transfer of wealth from small business to big digital media companies,” he added.

He said, the $6 trillion in payouts spurred inflation. “It’s gone, where did it go? Higher prices,” he said, adding: “It’s very serious. In other words, they steal half your income, hidden tax, very brutal.”

People start thinking that their income is only going to go down in value. “You now have a new incentive to spend, not to save, not to invest, but to spend and get rid of it in favor of hard things,” said Tucker.

He believes this inflation is here to stay.

Government officials rarely admit when they are wrong, said Tucker. He said when it became obvious the vaccines don’t stop transmission or when lockdowns didn’t really stop the spread, the agencies did not admit they were wrong.

“December was the month of death for [health officials’] reputations forever. They may not admit it, but it’s just true.”

Tucker said the draconian lockdowns in China are happening because the Chinese Communist Party (CCP) decides what is true and lies are easier to cover up.

“In Shanghai, I just think it’s a matter of political pride, for the CCP, they’ve got to drive the cases down, but it’s not going to work. It’s just not good, and well, we know this matter, the human cost, again, doesn’t matter. Well, that’s what’s chilling about it.”

Tucker believes the U.S. government attempted to use that kind of control but people realized lockdowns don’t work, because even with lockdowns COVID-19 increased.

“Once you pursue an extreme policy like this, you suddenly have a really strong incentive to build a story around the policy to justify what you did, given the immense collateral damage in two years of lost education, missed cancer screening, and missed vaccination… depression, unemployment, demoralization, the loss of religious faith, I mean, all these things that have happened to us under the course of lockdowns,” Tucker said.

Instead, the federal response should have followed advice from people like Donald Henderson, an epidemiologist whose global effort helped eradicate smallpox around the world.

“He wrote an epic article in 2006, slamming everything, mask mandates, vaccine mandates, social distancing, travel restrictions, quarantines, business closures, domestic capacity restrictions … it’s just not going work. … He ended the article by saying, if you pursue this, you will discredit public health for a generation; you will take a manageable pathogen and turn it into a catastrophe,” said Tucker.

Henderson’s co-authored paper is titled “Disease Mitigation Measures in the Control of Pandemic Influenza,” and states, “A World Health Organization (WHO) Writing Group, after reviewing the literature and considering contemporary international experience, concluded that ‘forced isolation and quarantine are ineffective and impractical.'”

“So, after that point, public health agencies were mainly interested in the de-politicizing disease,” Tucker said, adding that they advocated for having strong leadership to keep the public calm and keeping as many of the normal routines as possible. But current public health officials did the opposite, he said.

“And we just [had] global collective amnesia about 100 years of public health experience that said ‘don’t lockdown’ was suddenly gone and we all just copied Wuhan. It’s one of the more bizarre episodes in the history of humanity.”

Tucker said that we have to decide what we value; the freedoms this country was built on, with checks and balances, or enabling unelected bureaucrats to have free reign?

“What are the fundamental values that we accept as a society? And how did we so easily dispense with all these principles? In favor of this locked-down ideology?”