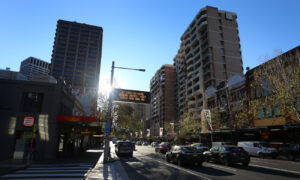 Sydney Lockdown to Continue Until We Get Down to 'Close to Zero' Cases: NSW Premier
0
Share Now
TelegramFacebookTweetEmailTellMeWeReddit
Copy Link 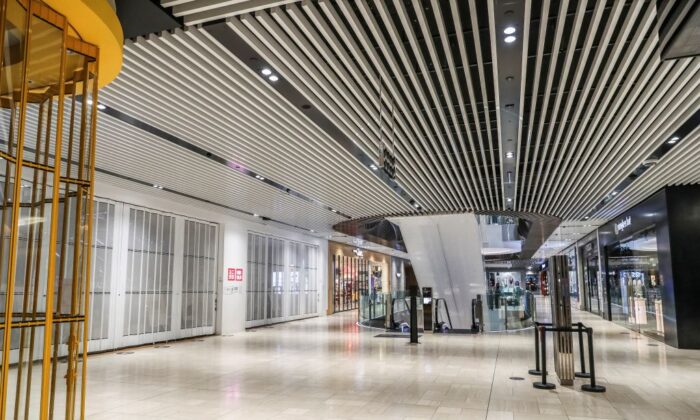 A general view of a quiet shopping mall in the Melbourne Central Business District in Australia on July 16, 2021. (Asanka Brendon Ratnayake/AFP via Getty Images)
Viewpoints

These were the words of Prime Minister Scott Morrison on April 30 last year.

Now, not only is Morrison encouraging premiers to keep their citizens under the doona, he’s buying and distributing them himself.

As some commentators noted during Victoria’s fourth lockdown, the prime minister has become a “lockdown enabler.”

His announcement that the Commonwealth government would pick up half the tab for income support for individuals and businesses during lockdowns provides an incentive for states to lockdown sooner.

This analysis has since been confirmed through the Greater Sydney lockdown, and Premier Daniel Andrews’ rush to force the entire state of Victoria into its fifth lockdown in response to a handful of COVID-19 cases (18 cases).

It now seems remarkable that after just one month of lockdowns at the beginning of the pandemic, Morrison could say that Australians needed to learn to live with the virus, and we could not hide from it forever.

But he said this when the plan was to “flatten the curve” through a temporary lockdown that would buy time to learn more about the virus and bolster our health system.

The idea of flattening the curve was quickly forgotten, however.

And there is one simple explanation for why this happened: the politicians and bureaucrats who decide on lockdowns do not suffer the consequences for the decision. Instead, they believe lockdowns to be an entirely appropriate tool each time a small outbreak emerges.

Throughout the pandemic, the Institute of Public Affairs has undertaken research and analysis on how lockdowns have imposed a more substantial economic and social cost on private sector workers, small business owners, low income earners, and young Australians.

A research report released earlier this year, “Not in This Together: An Analysis of the Economic and Social Impact of the COVID-19 Lockdowns,” identified that almost 300,000 private sector workers who lost their jobs because of lockdowns, which commenced in March 2020, were still unemployed by the end of the year.

Conversely, public sector employment increased by 26,000 positions before the virus arrived in Australia.

As a result, private sector workers lost $8.3 billion (US$6.14 billion) in wages in the six months to September, while the total public sector wage bill increased by $2.75 billion (US$2.03 billion).

Importantly, those impacted the hardest were those who could least afford it.

We estimated that lockdowns destroyed 515,000 jobs among the bottom 20 percent of income earners, while the top 20 percent of earners saw an increase of almost 200,000 jobs.

The effect of lockdowns created the most substantial transfer of wealth in the Western world in recent memory.

As some cynically suggested in early 2020, very large businesses support strict, extended, and repeated lockdowns as this enables them to further entrench their positions at the expense of their bricks-and-mortar competitors.

And this is precisely what has happened. It’s striking that the Washington Post—owned by billionaire Jeff Bezos—published numerous articles over the course of 2020 advocating for lockdowns.

Over this period, the market cap of Amazon—another Bezos company—increased from around US$940 billion to US$1.9 trillion. That’s bigger than the entire Australian economy.

NSW Treasurer Dominic Perrottet is reported to have said that Chief Health Officer Chant should take a pay cut over her decision to unnecessarily extend Sydney’s 2020 Northern Beaches lockdown.

This is the right call.

And perhaps, while Greater Sydney remains under an extended five-week lockdown, all politicians and senior public servants in the state should take a pay cut.

It is only by sharing in some of the financial and social hardship that small business owners, low income earners, young Australians, and other private-sector workers have endured since March last year, will politicians and bureaucrats understand the immense hardship lockdowns cause.

Until they do, lockdowns will be the only response every time a new virus case pops up in Australia.

Cian Hussey is a research associate at the Institute of Public Affairs in Melbourne, Australia. His work focuses on the impacts of government regulation on small businesses and the broader economy.