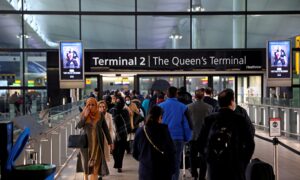 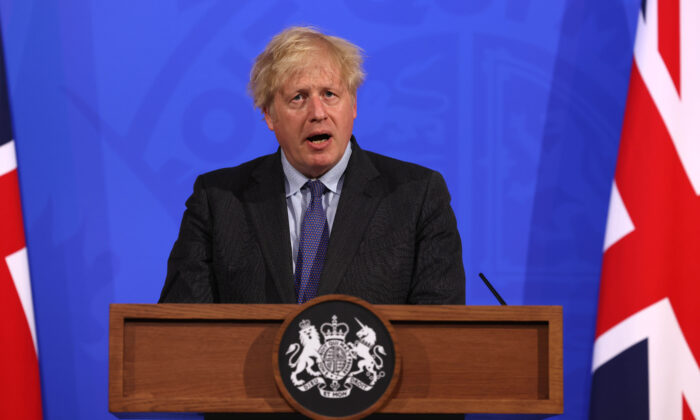 Lockdown in England Ends on July 19

All legal restrictions in England related to COVID-19 except self-isolation will end as of July 19, the government has confirmed.

Prime Minister Boris Johnson made the announcement during a televised briefing on July 12, after Health Secretary Sajid Javid updated Parliament.

Ministers concluded that the “four tests” set for unlocking, the success of the vaccine rollout, evidence that vaccines are causing a reduction in hospital admissions and deaths, that infection rates don’t risk a surge in admissions, and that no new variants of concern throw progress off track, are being met, allowing the final step out of the restrictions to proceed as planned.

On July 19, mandatory rules on mask-wearing, social distancing, and restrictions on the number of people gathering will be replaced with guidance, which people are advised to follow.

There won’t be a mandatory COVID-status passport, but the government will be “encouraging businesses and large events to use certification in high-risk settings,” Javid told MPs.

The government will also publish guidance for those who are “clinically extremely vulnerable” and details of a review it plans to conduct in September to assess preparedness for autumn and winter.”

The ministers urged people to “act with caution and personal responsibility” as the number of COVID-19 cases is rising rapidly.

Speaking at the briefing along with Johnson, Chief Medical Officer Chris Whitty said the current wave is rising at a similar rate as last autumn. The number of new hospital admissions is, however, much lower than it was last year. Whitty said it is growing at a “slower, exponential rate.” Meanwhile, the mortality rate has had a slight uptick.

Ministers said there would never be a “perfect time” to unlock.

“To those who say ‘why take this step now?’ I say ‘if not now, when?’” Javid said. “There will never be a perfect time to take this step because we simply cannot eradicate this virus.”

He said the government’s approach is “about balancing the harms that are caused by COVID with the undeniable harms that restrictions bring.”