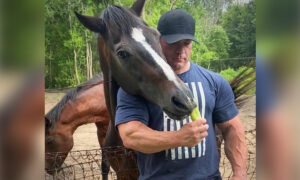 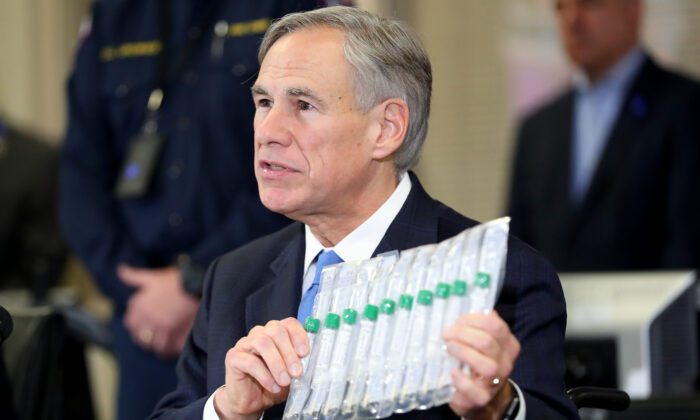 The Williamson County District Court’s office, in a suburb of Austin, announced last week it was requiring “all individuals coming to the [County] Justice Center, including the public and employees, … to wear face coverings and observe social distancing at all times in public spaces of the Justice Center unless otherwise noted.”

Judges were given “the discretion to remove the mask requirement for participants in their individual courtroom.”

Houston Mayor Sylvester Turner also told city employees on city properties that they must wear masks regardless of their vaccination status. And Austin Mayor Steve Adler attempted to mandate that all city employees receive both COVID-19 shots.

He asked the city manager “to require city employees to be vaccinated (subject only to appropriate exceptions)” and that Austin businesses also “require their employees to become vaccinated. We must all lead by our own example.”

He said, if he could, he’d require all Austin residents, including those who have received both shots, to wear masks.

Dallas County Judge Clay Jenkins also mandated mask-wearing and removed an elected Republican Commissioner J.J. Koch from a commissioner’s court meeting because he was not wearing a mask. Koch is now suing him.

Abbott’s executive order prohibits all state and local officials from issuing vaccine and mask mandates. It states, “No governmental entity can compel any individual to receive a COVID-19 vaccine administered under an emergency use authorization … No governmental entity, including a county, city, school district, and public health authority, and no government official may require any person to wear a face-covering or mandate that another person wear a face covering.”

“We are aware of the Governor’s recent order regarding mask mandates and Governor Abbott‘s executive orders have been considered in making these very important decisions,” Williamson County said in a news release, which has since been taken down. “The Courts are unique in that the judicial system is a separate branch of government. The Supreme Court of Texas has general responsibility for the efficient administration of the Texas judicial system and the authority to make rules of administration applicable to the courts.”

Abbott has not yet issued a statement on their actions but Texas Attorney General Ken Paxton rebuked Jenkins and gave him three days to end his mandate.

Jenkins had Koch escorted from court on Aug. 3. On Aug. 6, Paxton emailed a letter to Jenkins saying, “Your actions exceeded your authority,” and that the commissioner’s court is subject to Abbott’s executive orders.

“Moreover, by violating the Governor’s order, you have compromised a county commissioner’s constitutional responsibility to represent his constituents,” Paxton said. “Please revoke your mask mandate by Aug. 9, 2021, or I will consider all available options to stop your unlawful mandate.”

Koch’s attorney, Warren Norred, said, “The suit also seeks to remove Jenkins from office, since he is issuing illegal orders and misusing the power of his position to prevent fellow commissioners from participating when he knows that his rules are illegal. Clay Jenkins has played the part of fear-mongering bombastic tyrant long enough.”

Jenkins has yet to issue a statement in response to Paxton or to the lawsuit.