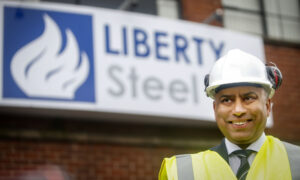 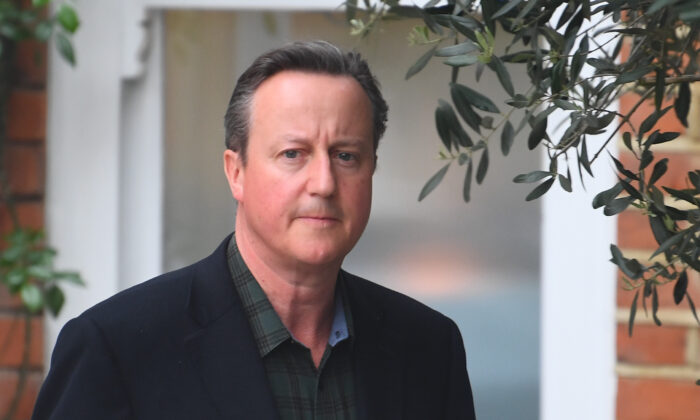 Lobbying rules were “insufficient” in the face of David Cameron’s bidding on behalf of failed finance firm Greensill Capital, and should be strengthened, MPs have said.

The former Conservative prime minister placed calls and sent dozens of texts and emails to ministers and senior officials as he tried to win access to COVID support programmes for the since-collapsed specialist bank.

However, as there were more than two years between his resignation from Downing Street and taking up his role at Greensill, Cameron’s actions have been deemed permissible under current rules.

But the Commons Treasury Committee, which carried out one of nine investigations into the Greensill saga, said the rules should be tightened to prevent further lobbying episodes from occurring.

“We accept that Mr Cameron did not break the rules governing lobbying by former ministers, but that reflects on the insufficient strength of the rules, and there is a strong case for strengthening them,” said the committee’s Lessons from Greensill Capital report.

In what will be awkward reading for Cameron, the committee called into question his judgment in relation to his lobbying on behalf of Greensill, in which he held shares, and said the Treasury was right to reject the firm’s offer.

They said that, had he “taken a broader and more enquiring assessment of the business,” there were “signals available” which might have led him to take a “more restrained approach.”

MPs were also critical of the Treasury for failing to direct him into “more formal methods of communication” after his initial contact with officials.

In the 71-page report published on Tuesday, the cross-party group of politicians said they expected the department “to put in place more formal processes to deal with any such lobbying attempts by ex-prime ministers or ministers in the future.”

The committee expressed surprise at the Treasury’s “firm conviction” that Cameron did not benefit from special treatment as a result of his status as former prime minister.

“We are very surprised about this, given that Mr Cameron was an ex-prime minister, who had worked with those he was lobbying, had access to their mobile phone numbers, and appears to have been able to negotiate who should attend meetings,” they added.

“The Treasury’s unwillingness to accept that it could have made any better choices at all in how it engaged in this case is a missed opportunity for reflection.”

Permanent secretary Sir Tom Scholar also came in for criticism after it emerged during the inquiry that his phone had to be wiped due to forgetting his password, although MPs accepted the move was not deliberate and called for measures to be put in place to stop such occurrences.

Chairman and former Treasury minister Mel Stride said: “Our report sets out important lessons for the Treasury and our financial system resulting from both Greensill Capital’s collapse and David Cameron’s lobbying.

“The Treasury should have encouraged David Cameron into more formal lines of communication as soon as it had identified his personal financial incentives.

“However, the Treasury took the right decision to reject the objectives of his lobbying, and the committee found that Treasury ministers and officials behaved with complete and absolute integrity.

“We look forward to the conclusions of the other inquiries on the collapse of Greensill Capital, and will continue to follow developments closely.”

In response to the report, Cameron said: “While I am pleased that the report confirms I broke no rules, I very much take on board its wider points.

“I always acted in good faith, and had no idea until the end of last year that Greensill Capital was in danger of failure.

“However, I have been clear all along that there are lessons to be learnt. As I said to the committee, I accept that communications of this nature should be done in future through only the most formal of channels.

“I agree that the guidance on how former ministers engage with government could be updated and was pleased to provide some suggestions on this to the committee.”

Deputy Labour leader Angela Rayner said Cameron being cleared of breaking any rules “proves that the rules that are supposed to regulate lobbying are completely unfit for purpose.”