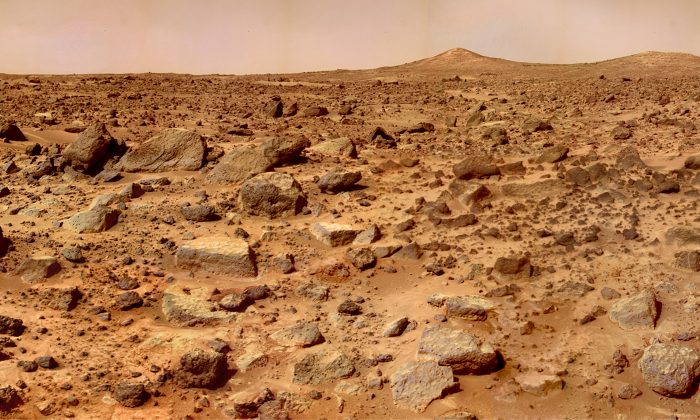 The surface of Mars. (NASA)
Beyond Science

The Mars One mission to Mars—one-way—has attracted more than 78,000 applicants only two weeks into the application process.

So, if the mission is successful, what’s it going to be like for those who are chosen to go?

“There will be risks.” —Bas Lansdorp, co-founder and CEO of Mars One

Life is comparable to getting by on Antarctica, with similar challenges, according to the Mars One website. The average temperature is -50 degrees Celsius (-58 F). The Mars settlement will develop in a similar fashion to the way research bases and living facilities have developed on the frigid continent.

The base will use solar panels to get power, and will recycle as much material as possible. The production of oxygen and water will begin immediately after the astronauts land, as stored resources won’t last forever or even that long. The astronauts will work on extracting water from the soil, and they can produce oxygen by splitting water into hydrogen and oxygen. A device similar to a portable greenhouse will be used to grow food.

As the base grows, with four more people coming every two years, the Mars settlers will have to figure out how to manufacture supplies themselves. Two examples include finding a method to construct additional places to live, and obtaining or building a machine that makes plastic.

Living on Mars is not without risk—a key part of the settlement could break, and an astronaut might not survive if his or her Mars Suit were to get seriously damaged in a mission outside of the buildings. Also, certain unspecified medical conditions aren’t treatable on Mars (though some medical hazards likely don’t exist there).

Astronauts will do three main forms of work:

This includes making sure all the systems are working and checking them regularly.

Mars One staff expect to find a way to construct buildings using “mostly Martian materials” in order to “significantly expand the settlement.” Other research includes finding out the wet and dry periods, as well as collecting data to beam back to other researchers back on Earth.

Besides work, astronauts will have leisure and personal time. During this time, they can do indoor activities that are common on earth, including reading, playing games, and using the internet. The mission plans to have internet available, but there will be a time delay, so they need to request the movies and news broadcasts they want to see in advance.

The Mars One site explains: “Easy Internet access will be limited to their preferred sites that are constantly updated on the local Mars web server. Other websites will take between 6 and 45 minutes to appear on their screen—first, 3-22 minutes for your click to reach Earth, and then another 3-22 minutes for the website data to reach Mars. Contacting friends at home is possible by video, voice or text message (e-mail, WhatsApp, sms), but real time dialogue is not possible, because of the time delay.”

—Astronauts will have 15 days of stored water (which will be recycled); the recycled water being enough for 150 days if usage is limited

—Exercises machines will be chosen after around a decade of testing to see which machines will help astronauts to meet the need for strenuous movement in space, to prevent physical deterioration because of zero gravity.

—The first settlers are strongly advised not to have children on the planet, because it would cause multiple complications. In the future there will be a need for children.