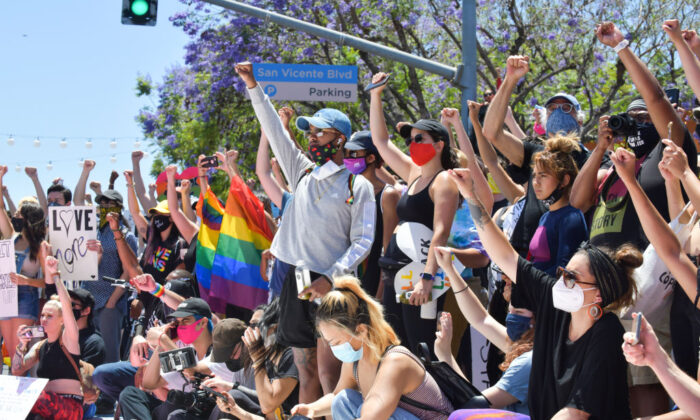 One of the striking things about life in wartime is how normal it can be for ordinary people.

Imagine life in Paris under German occupation for four years during the Second World War. Children were born, and old people died—of natural causes. Teachers taught, and kids went to school to learn. Shops, churches, and offices stayed open. In much of Paris, it was business as usual.

The police managed traffic and handed civil and criminal offenders to the courts, who tried them in a customary way. Even the trains generally ran on time. Young soldiers of the occupation force sometimes dated nice girls. Some people, understandably, were angry about their country’s defeat, but they were usually left to their disgruntlement if they kept their feelings to themselves. Others were largely indifferent or even occasionally reasonably well-disposed towards their occupiers.

So life went on tolerably well for the majority of people. But there was a point at which you came up against a wall. Civil disobedience of any kind, if it had or could be construed to have a political flavour, was very dangerous indeed.

If you spoke out publicly against the German occupation, tried to save a Jewish friend from deportation, or provided any comfort or shelter for the state’s enemies, your life could be at risk. Far worse, the Germans had a casual hit-or-miss attitude to vengeance: some people who had been hitherto indifferent could find themselves randomly seized as hostages and shot in reprisal for some explosive action of the Resistance.

It must have felt as if two universes co-existed in the same tract of space. You could live in your bubble in reasonable comfort for four years, buying, selling, eating, loving, playing and listening to music, reading (with a little discretion), and listening to the radio. But a wrong move could propel you into another universe, one far crueller and much more dangerous.

Where am I going with this?

It all started with a reflection on the so-called “Culture Wars.” I told a friend I was planning a piece on that topic, and her reply intrigued me: “Does anyone care?” Most people, she argued, aren’t affected one way or another. It just doesn’t worry them.

I realised, with some sadness, that she was right. These so-called wars played virtually no part in the recent Australian elections. The awful truth is that the Culture Wars are now over, we lost, and we’re now living under occupation. Sure, there are a few skirmishes on the fringes, a few rebellious souls trying to hold out against the invader, but it’s explained to us that such people are guilty of hate speech, whereas love (whatever that means) is all that matters.

Most of us are now content to go about our daily lives as we always did as if nothing had changed. Children are born to us, and—guess what?—they’re either girls or boys. That’s fine so long as we keep such discriminatory language in the family, maybe making the odd token remark about our kids’ option to choose their own “gender” and never complaining about their school’s efforts to embed the notion of sexual fluidity in their susceptible young minds.

This kind of passive restraint can be tough going if you live in one of the smarter city suburbs, where you’ll probably find the champions of wokery a bit more aggressive, but the further you live from the big cities, the better your chance of staying under the Woke radar. Country people by and large believe that children are either male or female, no argument. After all, if life wasn’t just as simple as that, what would become of our sheep, cattle, and poultry industries?

The sexual identity of children is just one issue on which the forces of occupation hold strong views. There are so many others. In sexual matters, should we accept that there is no such thing as “normal” and that every kind of behaviour is equally legitimate?

Should we be required to acknowledge our Indigenous predecessors at the beginning of every public meeting or speech, even when the local tribe has been long extinct?

Can we accept that the taking of human life, not yet born or no longer required, is subject to no moral restraints whatsoever and is justified solely by the convenience of those now living?

We are under enemy occupation. Two things can now happen. The first is that the occupying forces, increasingly irritated by destructive mischief in some pockets of resistance, will toughen their approach to enforcement and demand a more active submission to the new orthodoxy. Like all other forms of tyranny, wokeness cannot endure even silent dissent and will try to root it out.

So what will be the first cab off the rank? Will it be the banning of Australia Day? Or will we see the move to rebrand towns and geographical features with their putative Aboriginal names will accelerate? Certainly, alternative views on such things as climate change and the appropriate response to diseases such as COVID-19 will be further restricted.

School syllabuses will be extended further in the direction of social re-programming with a consequent decline in standards of both science and literacy. English and history will be the most seriously affected, the latter having already all but disappeared, the former being further limited in the choice of acceptable material for study.

Goodbye to Shakespeare and so many other great writers, particularly if they’re white males. I see that Linkedin now allows you to nominate your preferred pronouns. Maybe that will become compulsory soon!

But the other thing that is sure to happen is that resistance will spread.

Ordinary people will increasingly discover, as repression tightens, that there is a colossal and ever-widening gulf between woke theory and reality.

As schools and universities lose their grip on our cultural heritage, smaller institutions, often parent-controlled, will start to take their place, and the quantum of children being properly educated will increase to the point at which their trained minds and informed opinions can actually impact the thinking of their friends, whose minds had been stuffed with cotton wool.

It’s now a tired metaphor, I know, but more and more people will discover that the emperor, despite its proclamations, is simply no longer wearing any clothes.