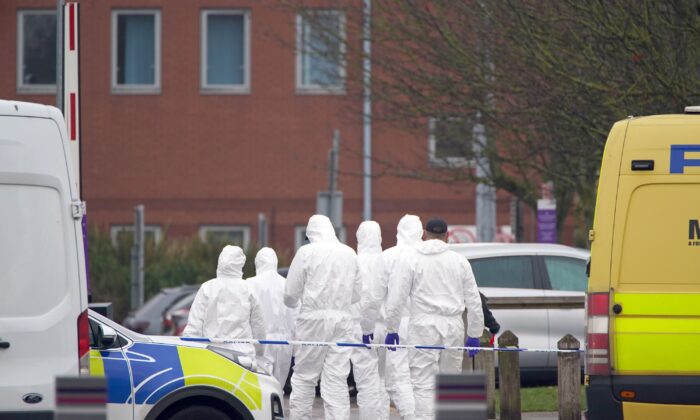 The bomb used in the terrorist attack in Liverpool on Remembrance Sunday was made with homemade explosives and ball bearings and could have caused “significant injury or death,” UK police said on Friday.

Emad Al Swealmeen, 32, died in the blast in a taxi outside Liverpool Women’s Hospital shortly before 11 a.m. on Nov. 14. Taxi driver David Perry escaped from the explosion with injuries.

The incident has been declared a terrorist attack and the UK terror threat level has since been raised from substantial to severe, meaning an attack is “highly likely” rather than “likely.”

Updating the media on the terror investigation on Friday, Assistant Chief Constable Russ Jackson, head of Counter Terrorism Police North West, said: “Although there is much scientific work to do on the device to determine what made it up, we have learned a great deal over the past five days.

“It was made using homemade explosive and had ball bearings attached to it which would have acted as shrapnel. Had it detonated in different circumstances, we believe it would have caused significant injury or death.”

Jackson said that police still do not know how or why the device exploded when it did. He said it could have been “completely unintentional,” and the ignition might have been caused by the movement or stopping of the vehicle.

Police are seeking to understand how the suspect purchased the ingredients needed to make the device, Jackson said, adding that this is “complicated” because Al Swealmeen made the purchases over many months and used many aliases.

But he said police are “confident” that they will in time get a full picture of what purchases were made and how, and if anyone else was involved or knew what the bomber was up to.

Al Swealmeen, who was born in Iraq, reportedly arrived in the UK in 2014 and had an application for asylum rejected the following year, but had remained in the country.

Home Secretary Priti Patel said the terror suspect had been able to stay in the UK by exploiting the country’s “dysfunctional” immigration system.

Police said they have spoken to Al Swealmeen’s brother, who provided them with “an insight into his early years and an understanding of Al Swealmeen’s life and his recent state of mind,” which police said is “an important line of investigation.”