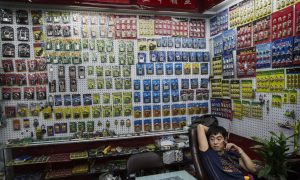 Will the Chinese Consumer Come to Save the Day?
0 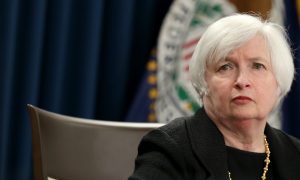 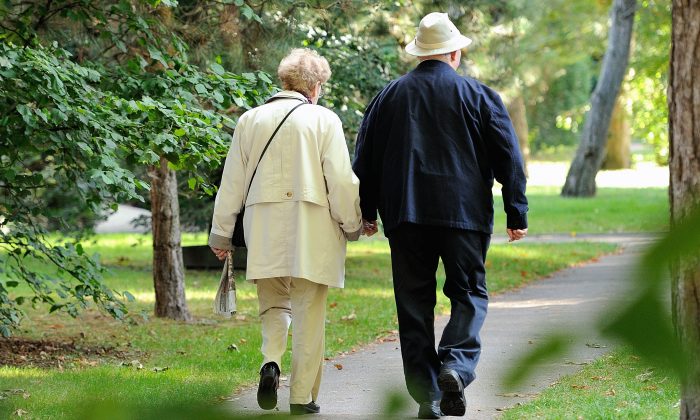 Wal-Mart could be the canary in the coalmine in forecasting a global trend downward in consumer spending. A few days ago the company announced it expects a reduced sales outlook for this year and falling profits for next. Likewise, Chinese private consumption as a share of the total economy has fallen steadily over the last decade from around 43 percent in 2004 to the current figure of around 36 percent.

Current consumption is not living up to expectations. This explains why global growth keeps falling, now running at 3 to 3.5 percent instead of the 4.5 percent rate of a decade ago. Behavioral trends, annoyingly persistent, vindicate this assertion, but are rarely brought to the forefront by economists mired in mainstream economics. They generally do not detect factors outside economics, and if they do, such trends are brushed aside as irrelevant.

In the 1930s John Maynard Keynes singled out consumption as the core of economics. Before Keynes, the classical school of economics maintained that the economy was controlled by production capacity, or the supply side. The Keynesian revolution turned to the capacity and willingness of people to consume, the demand side, as an explanation for the business cycle.

Demographics are a main culprit. Life expectancy was 60 for a British man and just over 40 worldwide when Keynes penned his thesis. Today, life expectancy for the global population is 71. The pension age, however, has hardly budged over the decades for most countries—standing near 60 to 65.  Better health services offer more workers the prospect of fitness during retirement. Go back to Keynes’s era—when people preferred immediate consumption because they did not expect to have an active life lasting a decade or two after retirement. Acting rationally, they consumed before retirement and before they expected to pass away. If asked to postpone consumption and save instead, they wanted compensation in the form of interest.

Now it’s the other way round. People save to consume after retirement when they anticipate more leisure time and health expenses. Diminished expectations of future welfare benefits reinforce the hike in the savings rate. People fear poverty during old age. They register public finances under stress, mainly in Europe, concomitantly with inadequate private pension systems, mainly in the United States. The combined result is a higher savings rate and a lower propensity to consume.

People are also becoming aware that the ultimate polluters are consumers—themselves. The quest for sustainability may be less pronounced in emerging markets and developing economies, but the desire for environmental protection is present. People are increasingly willing to pay for a good environment or prevent environmental degradation that threatens well-being, in particular the health of their children.

It’s no secret that reducing materialistic consumption is one way to achieve such objectives.

Uncertainty is another behavioral trend changing the consumption function. Only a few decades ago, consumers could assume with confidence that there would be few limits on durable consumption goods introduced—cars, for example. This is no longer the case. Consumers understand that governments regularly roll out a panoply of regulations and incentives, explicitly aiming at the curbing use of durable consumption goods. Rights to use a vehicle cannot be taken for granted in the future. A decade from now, countries or cities could introduce restrictions or new taxes on the use of cars or other major purchases. Confronting such uncertainty, consumers increasingly reflect social values and show restraint in making major purchases, especially those that are resource intensive.

The ultimate objective of economics: comfort, a sense of well-being, or happiness however that may be defined.

Keynes’s analysis could be amended, suggesting that the ultimate objective of economics is being comfortable, spreading a sense of well-being or, as some would say, enhancing happiness however that may be defined. Keynes would probably agree that such an interpretation is embedded in his thesis. Many analysts would question whether materialistic consumption is the main factor behind people’s happiness—let’s use that word for convenience. Many indicators suggest that this is not the case.

A number of studies outside economics—sociology, psychology, anthropology, and neurology—disclose that most people get more and sustained happiness by doing something for others and being with others rather than through materialistic consumption. Some studies conclude that money and a swelling bank account enhances the feeling of happiness. The miser is back in vogue.

The transition from mass consumption to mass communication supports this thinking. Young people start to communicate and master all kinds of gadgets before they join mass consumption, often via cellphones, laptops, and the Internet. Driving per-person miles traveled in the United States fell during the first decade of this century among those aged 16 to 30. The share of Americans aged 16 to 24 who have driver’s licenses is 66 percent, the lowest level in roughly 50 years. The 2007–2008 financial crisis may explain some but not all of this—with substantial data on the decline in consumption. It may be that, unlike their parents and grandparents, young Americans do not associate well-being and happiness with driving a car.

Economic theory imposes a question mark over future consumption’s ability to account for about 70 percent of gross domestic product to which the United States is accustomed. A cornerstone of the consumption function is lifelong consumption, suggesting that people tend to maintain a level of consumption over their lifetimes based on anticipated income. Economic cycles are therefore absorbed, with the effect on consumption neutralized by lending and borrowing as consumers expect fairly steady trends of national income and personal income. This theory was coined during the 1950s, an era without much public or corporate debt.

Governments and corporations are mired in debt. Consumers expect to pay a share of those bills.

But for the U.S. economy and many other economies, government at all levels, and corporations are mired heavily in debt. It does not escape the consumer’s attention that he or she, in the capacity of taxpayer, will be called upon to pay a share of that bill. Surmising that the taxmen will call soon, consumers react by saving more and consuming less. Americans, once aspiring to move to a better, more expensive homes now primarily move to achieve lower housing costs, according to the Current Population Survey.

The conclusion is inescapable: The world is moving into a decade or two with lower growth as private consumption slows. Efforts from policymakers to reverse that trend will only further unbalance national economies and aggravate deficits and future burdens. The policy challenge is to adjust to lower growth—preventing it from turning into no growth—and seize the opportunity to go for qualitative growth. Individuals can look for longer life in durable goods, whether refrigerators or cellphones. Communities can invest in education, self-improvement, health, community activities. Individuals can  spend more time with other people. Resources are not inexhaustible and pollution is a drain on economies, diverting money from production to tidy up messes, so these trends may not be so bad after all.

Joergen Oerstroem Moeller is a visiting senior fellow at Institute of Southeast Asian Studies, Yusof Ishak Institute, Singapore. He is an adjunct professor with the Singapore Management University & Copenhagen Business School and an honorary alumnus with University of Copenhagen. Copyright © 2015 YaleGlobal and the MacMillan Center. This article was previously published on Yaleglobal.yale.edu