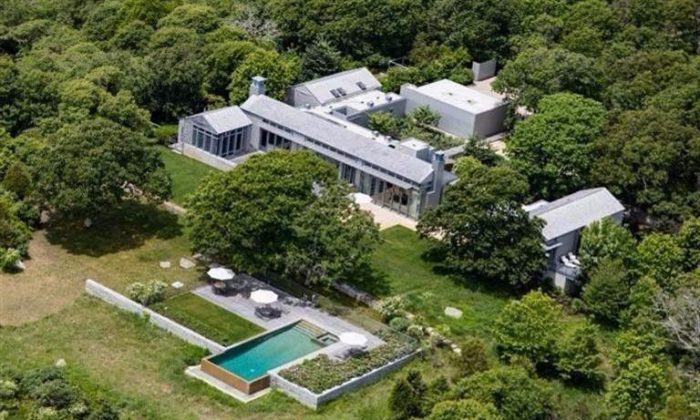 Live Like a President – Obama Vacation Home Could Be Yours for $17.75 Million

A Martha’s Vineyard estate rented by former President Barrack Obama and his family almost every summer vacation while he was in office has been listed on the market for $17.75 million.

Described as a “luxurious island retreat,” Chilmark House sits at 120 feet above sea level on 9.5 acres of wooded hillside.

The lavish six-bedroom and five-full bathroom property became famous after the Obamas made it a tradition to spend about two weeks of each summer at the grand estate. The Obamas vacationed there for seven out of the eight summers during the Obama presidency, reported the Vineyard Gazette.

The estate has been thought to be owned by Obama supporters David and Patricia Schulte who are living in Chicago. They had previously listed the property for $22.5 million in 2015 then lowered it to $19.125 million in the same year, reported Town&Country.

According to the Observer, the Obamas had purchased a property in the Kalorama neighborhood in D.C. last year. There were also rumors that they were looking to buy a property on Martha’s Vineyard, which was denied in August this year.

The former president could be more than capable of affording Chilmark House. Between 2005 and 2016 in Washington, Obama earned $20.5 million predominately from lucrative book deals, reported Forbes.

He made $8.8 million alone from his book “Audacity of Hope” and children’s book “Of Thee I Sing: A Letter To My Daughters.”