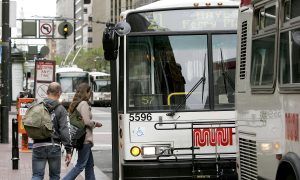 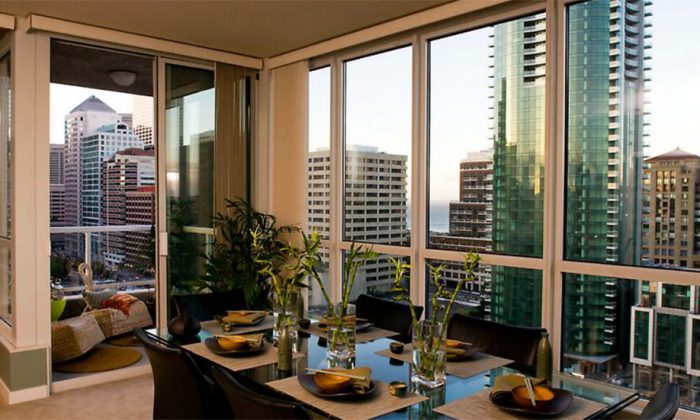 “San Francisco is very traditional,” says interior designer Lawanna Cathleen Endonino. In neighborhoods like Pacific Heights, there are many families who have been in the city for several generations, and estates decorated with antiques that have been passed down within the family.

“Then, there’s an up-and-coming sector of new people hiring designers, which is your tech industry. They’re younger, and they are very contemporary,” Endonino said. Development in San Francisco is in full swing, and the luxury condominiums in the South of Market area are purchased quickly.

Some step into their new home and know exactly what it should look like; others are less sure. But whether you’re living in a large home or a high-rise condo, creating your home is an emotional experience, Endonino says.

“I am inspired by my clients and what they envision,” Endonino said. “My clients really inspire me with their dreams.”

“In a small space, it’s all about color and the way furniture is placed, having it balance out, and just getting really creative with smaller spaces,” Endonino said. “It’s really getting into the details; it’s about object placement and balance, from the ceiling to the bottom.”

For example, a more enclosed space can be opened up by letting in light, through the use of colors, or through mirrors, like mirrored walls.

Function also needs to be kept in mind when trying to expand the area.

“I have a small place. It’s a really charming, cute place, but it’s a small place,” Endonino said. Her bedroom had a large, walk-in closet that included a laundry room, she said, so she converted that room into a colorful bedroom for her young daughter, and moved the laundry room into the garage.

To replace her closet, Endonino bought a large armoire. “[It] looks like a china cupboard, and we set a big dining table in front,” Endonino said. And sitting down in front of it, the room is fully a dining room.

“Creating two spaces out of one,” Endonino says.

Lofts and penthouses, however, are typically very open spaces.

Appliances are important in an open space like a penthouse, Endonino says. “The kitchen is usually open, so that’s very important—you want a dramatic, beautiful kitchen.”

You want to break up and highlight particular areas, but also create “places of meeting” between them.

Highlights can be simple, such as a dramatic color on the ceilings, different from the walls, or wallpapering just certain areas to create an individual space.

“It’s all about balance and flow,” Endonino said. “It’s about the individual spaces—you separate the spaces and make areas of meeting.”

“Different meeting places, but it all flows,” Endonino said. “It has to flow because it’s all open. It has to synergize and harmonize.”

Designing your home is as personal as it gets.

“It’s your home, it’s your sanctuary, it’s where you go to bed every night. It should be the most important place in the world to anyone—it’s your home,” Endonino said. “It could be designed to the nines … or it doesn’t have to be. It just has to be special to you.”

Endonino, who has a background in history, said she had an epiphany at 19 while in Paris, and knew that she wanted to be an interior designer. She has since traveled abroad to many other countries and continually draws on those experiences as inspiration, she said.

“I’ve studied Buddhism, I’ve lived in cultures where Buddhism was the major religion, and I’ve studied feng shui,” she said. “Traveling is really big for me. Many, many of my designs, or creative ideas behind a design, were something I experienced while traveling abroad.”

In the Bay Area, homeowners who are concerned with feng shui are many, Endonino said, and it has been a deciding factor in previous projects.

“One little mistake can break up the entire energy of the home,” Endonino said. “For example, you don’t put a mirror that faces out the door, because that sends all the wealth out of the home.”

Many of the feng shui principles contrast greatly from Western design. While one of her clients, a doctor, is a collector of skulls, and objects like taxidermy pieces are quite popular, clients who are particular about feng shui do not want anything in the home that is dead, Endonino said.

“You also don’t walk into the foot of a bed [entering a room], so it’s very challenging because often you have a room where you walk into the foot of the bed,” Endonino said. “You have to find the right headboard, because American beds are made to walk straight into [the bed]. You might have a carving that doesn’t look good to the side.”

“It ties back to the emotional, and feeling safe in your home,” Endonino said.

“My design philosophy is to always infuse love,” Endonino says. “My love for life and culture and people, and passion, going into my designs.”

“I have to always find that inner peace with what I’m doing, so creativity can flow,” she said. “I’m centered around the mind, creativity, focus, and passion.”