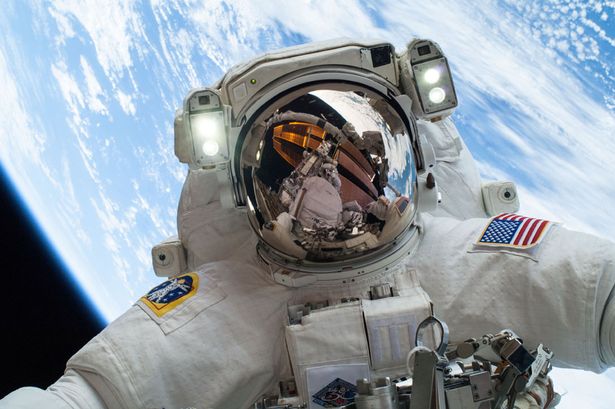 Channel 4’s “Live From Space” will air in part directly from the International Space Station as part of a two-and-a-half hour special.

“In this pioneering two-and-a-half-hour live broadcast from the International Space Station and Mission Control in Houston, viewers can interact with the astronauts onboard the International Space Station 250 miles above Earth as they travel around the planet in 90 minutes, at speeds of up to 17,500 mph,” the official description says. “The astronauts share their breathtaking views of Earth, with live links to English-speaking astronauts Rick Mastracchio and Koichi Wakata.”

It adds: “On the ground, Dermot O’Leary and space veteran Mike Massimino – one of the astronauts who helped repair and upgrade the Hubble Telescope – are at the heart of Mission Control with the team who hold Rick and Koichi’s lives in their hands. Also taking part are Professor Stephen Hawking and British astronaut Tim Peake, who is set to join the crew onboard the International Space Station in 2015.”

“We wanted to remind people how being an astronaut is the most dangerous, insane, rock ‘n’ roll job on the planet,” said Chris Bovill and John Allison, heads of the channel’s creative agency, about the show.

See some videos about living in space from Channel 4 below.