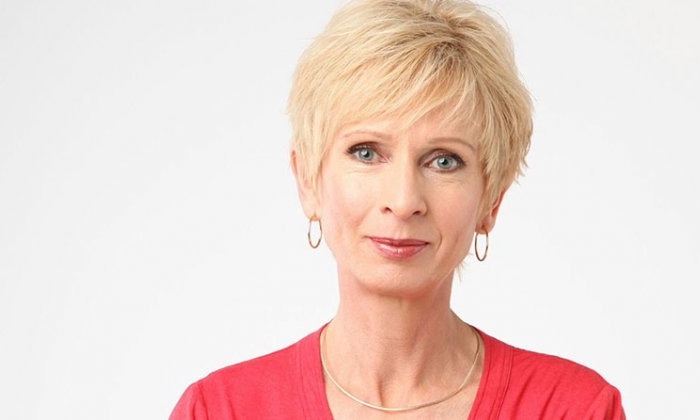 A well-known animal protection organisation in Australia appears to have hired live export workers to film deliberate acts of animal cruelty, a series of leaked emails have revealed.

A whistleblower who wishes to remain anonymous has presented a series of email exchanges between himself and Animals Australia Director of Strategy Lyn White (pictured), showing the charity organisation had contact with multiple live export workers who were paid up to US$2000 (A$2780) in exchange for providing images and videos with guidelines to be met.

One of the live export workers claims he was still paid after telling Animals Australia he was only “motivated by money”, and decided to expose Animals Australia after he successfully negotiated for more money because payments had been “much lower than expectations”.

Emails leaked to News Limited show the organisation clearly made payments to live export workers, despite denying allegations it did earlier.

In a separate email exchange on March 16 the whistleblower complained to White about being paid too little.

White replied on June 12 that she had already transferred US$2000 (A$2780) to the whistleblower’s account. The amount is a huge windfall for Pakistani live export workers who are usually paid about US$350 (A$486.49) a month.

There are also concerns White has been actively recruiting live export workers to supply images and videos. She told the whistleblower on May 25, 2018 he had “made her day” by encouraging co-workers aboard the ships to supply footage and photos.

Animals Australia defends its actions, saying the evidence has led to the Australian government setting-up a dedicated hotline for reporting animal cruelty in the live export trade.

“As the defacto watchdog of the live trade for over a decade—a role the recent Moss Review confirmed—our procedures continue to be completely open to the regulator or any other authority for scrutiny,” CEO Glenys Oogjes told News Limited.

According to Australia’s Department of Agriculture and Water Resources, state and territory governments are responsible for enforcing animal production and welfare laws.

“The states and territories set and enforce animal welfare standards through administration of state legislation for animal welfare or the prevention of animal cruelty,” the department’s website said.

At present Australia’s livestock industries have a set of voluntary guidelines, for people responsible for the welfare and husbandry of a range of livestock animals, called the Model Codes of Practice for the Welfare of Animals.

“Work is now underway to update the model codes and convert them into Australian Animal Welfare Standards and Guidelines,” the department website said. “Animal welfare standards endorsed by all state and territory primary industry ministers will be implemented in state and territory legislation.”

In May 2018 Australia’s federal government introduced new rules to penalise any exporter that contravenes new welfare standards. Under the changes, a director of a company could face 10 years prison or A$2.1 million fine if welfare standards are not met.

The government, which relies on the support on rural voters, categorically rejected a ban on live exports as it would cause too much damage to the country’s agricultural sector, according to federal Minister for Agriculture and Water Resources David Littleproud.

Littleproud said the government instead reduced the number of sheep a vessel can carry during the summer months by 28 percent, with independent observers aboard to ensure welfare standards are met.

The policy came in response to public anger over footage showing 2,400 sheep dying from heat stress on a vessel bound for the Middle East in 2017.

“The footage was disgraceful but what you don’t need to do is predicate your decisions on emotions and without facts, this was one exporter, one incident,” Littleproud said. “By putting independent observers on all boats, it will eradicate this type of behaviour going forward.”

It is unclear whether any of 2017 footage came from live export workers who Animals Australia had contracted.

Australia is one of the world’s largest exporters of livestock, with an industry estimated to be worth A$1.3 billion. While the bulk of Australia’s meat exports are processed, markets such as the Middle East and Indonesia prefer to buy live animals.