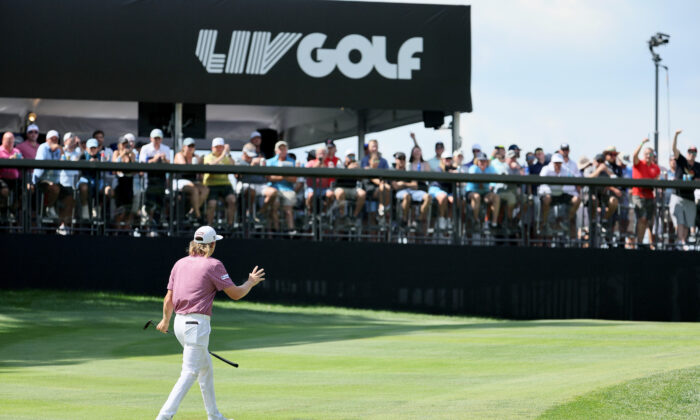 Cameron Smith of Australia during the final round of the LIV Golf Invitational—Boston at The Oaks golf course at The International in Bolton, Mass., on Sept. 4, 2022. (Andy Lyons/Getty Images)
Golf

When LIV Golf holds its season-ending Team Championship next month, a prize purse of $50 million will be up for grabs, the richest purse in golf history, ESPN reported on Sept. 13.

The LIV Golf Team Championship will be contested Oct. 27–30 at Trump National Doral outside Miami.

Golf Magazine and ESPN also reported previously unknown details about the team championship’s format, which could feature a closest-to-the-pin contest.

LIV Golf’s rules and regulations were released by a U.S. District Court in California amid the group’s antitrust lawsuit against the PGA Tour.

The Team Championship’s description was initially redacted before being released Tuesday.

The winning four-man team would win $16 million, or $4 million per player.

According to ESPN, a LIV spokesperson said details were not yet finalized and the format would be announced at a later date.