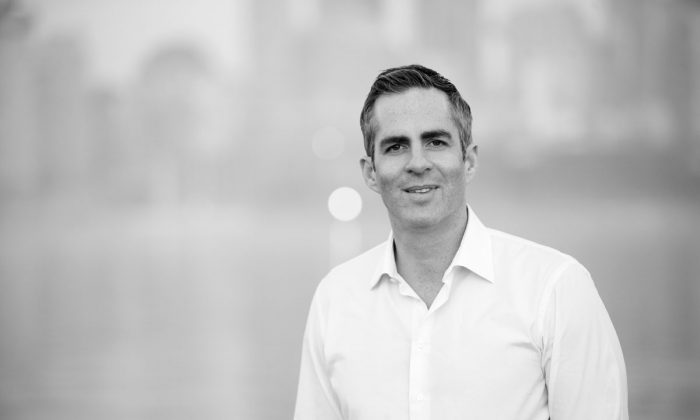 Little Landlords: Top Broker Teaches us to Get Rich Slow

The most money my parents ever made at one time was as landlords. They bought a former crack house on Hallam St. cheap, renovated it, and rented it out with cash-flow positive results.

Eventually they sold it, making enough money to buy a giant house in Victoria, B.C., where they retired. Actually, my mom thinks they never should have sold it. Every once in a while she’ll check the prices on Hallam St. and get really mad at Dad.

“Making money is a paycheque. You generate wealth using long-term thinking. Real estate is one of the best ways to do that,” explained Fox.

Fox is active in a number of areas. He is sales lead on the Harmony Village Sheppard project, running the showroom. He has exclusive access to the latest Canary District project in East Don Lands. He sells pre-construction, re-sale, and commercial property.

But today we’re talking to him about his passion—teaching ordinary people how to get ahead by investing in real estate. Fox views himself as a mentor, not a salesperson.

According to Fox, real estate investment is not a get-rich-quick scheme. Holding on for the long-term is the name of the game. But the object of the game goes beyond owning your own home. That is simply a start.

“To make that money in Toronto you still have to buy back into the market.” In short, if you own a house that appreciates, when you sell it, your new house in the same city will also cost more. “You can only benefit by buying multiple properties,” Fox explained.

The objective is to make us all into small-time landlords. Who are these boogeymen, these “real estate investors” that frighten us so? In fact they are regular people, like my parents, who are hanging on to one or two rental properties to fund their retirement.

Growing rich while you sleep

Even with an increased number of condos being built to respond to a lack of ground-based housing, the CMHC predicts the rental vacancy rate still will be below 2 percent in 2014. Rental prices continue to creep up too. All this building is not meeting rental demand.

The 2008 recession hammered everything down, including housing sales. But it didn’t touch rental prices. The 2008 GTA vacancy rate plummeted to under 2 percent. Yes, that’s right, higher than it is right now (1.7 percent).

“Being a landlord in a recession is a good thing,” Fox said. “People put off moving, they stay put and pay their rent.”

Sounds great doesn’t it? Let’s all be landlords. But you’ve heard the news. Isn’t there some giant bursting bubble looming on the horizon?

Bubblegum is for kids

Just throw the words “real estate bubble” online and you can start counting page views and ad impressions. More Canadians own homes than ever before. It’s obviously important to us.

“People aren’t getting the whole picture. If you look at the history of negative media coverage about the GTA housing market and you look at what the market has done, there’s a disconnect,” Fox said.

He urges us to look clearly at the definition of a real estate bubble. A bubble is defined as a rapid increase in values of real property until prices reach unsustainable levels relative to incomes and other economic factors.

This sort of very steep incline did happen in Toronto in the late 1980s, when home prices rose over 20 percent a year. The bubble popped, but since then we’ve had a steady increase of 6 percent a year.

If you were not in it for a quick sugar fix and held on to your property—even if you bought at the top of the market in the ‘80s—what would your house be worth now?

Look at how quickly the GTA market recovered from 2008, which was just a blip amidst a steady rise in prices. What is fuelling that rise?

While we may feel Toronto is risky, people from other countries that are actually unstable are investing and relocating here en masse.

As a result 100,000 people move here each year, and though not all stay in Toronto, many do.

In order to preserve our clean air, water, and farmland, the 2006 Places to Grow legislation halted urban sprawl, and soon there will be nowhere to build but up. The price of land will continue to skyrocket.

That may seem shocking, but our real estate is simply cheap compared to Tokyo, Beijing, or Manhattan.

Fox thinks we little people should get in while we still can.