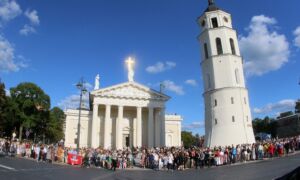 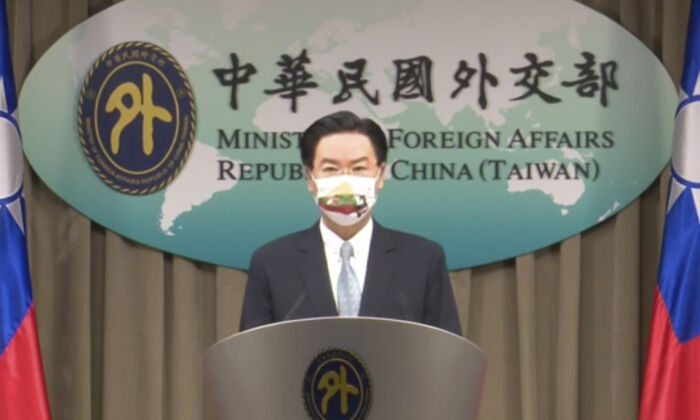 VILNIUS, Lithuania—Lithuania on Friday recalled its ambassador to China following the Baltic country’s decision in July to allow self-governing Taiwan to open an office in its capital under its own name.

The Foreign Ministry said Ambassador Diana Mickeviciene had been recalled from Beijing for consultations “following the Chinese government statement on August 10.”

Last month, China recalled its ambassador to Lithuania and told the Baltic nation to “immediately rectify its wrong decision, take concrete measures to undo the damage, and not to move further down the wrong path.”

The statement referred to “potential consequences” for Lithuania if it allowed the office to open but gave no details.

The Lithuanian Foreign Ministry expressed regret over the Chinese regime’s action and stressed that while respecting the “one China” principle, it stands ready to develop mutually beneficial ties with Taiwan, just as many other countries in the world do.

The Chinese communist regime says Taiwan is part of its territory and doesn’t have the right to diplomatic recognition, although the island maintains informal ties with all major nations through trade offices that act as de facto embassies, including in the United States and Japan. Pressure from the Chinese regime has reduced Taiwan’s formal diplomatic allies to just 15.

Taiwan and Lithuania agreed in July that the office in the capital, Vilnius, set to open this fall, will bear the name Taiwan rather than Chinese Taipei—a term often used in other countries in order not to offend Beijing.

On Friday, the Lithuanian ministry said that diplomats from the European Union—of which Lithuania is a member—expressed solidarity with Mickeviciene. The deputy EU ambassador to China, Tim Harrington, shared a joint photo on Twitter on Friday as dozens of EU diplomats gathered to demonstrate solidarity with their Lithuanian counterpart as she left Beijing and wished she could return soon, the ministry said.

Lithuania said its embassy in Beijing “continues to operate as usual.”