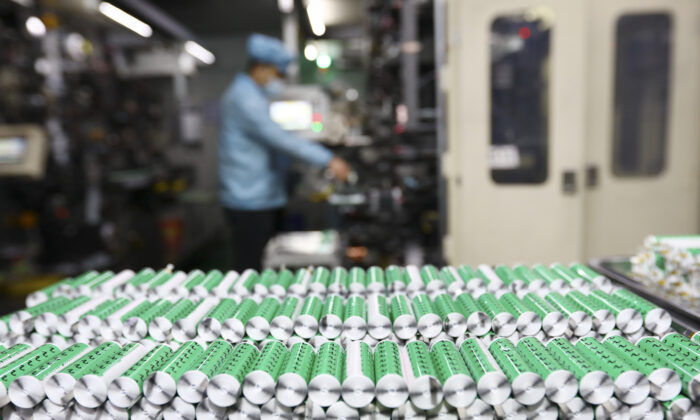 Lithium Wars—It’s ‘Game On’ for China and the US

Beijing is cornering the market on lithium as the US pushes high EV adoption targets—what could possibly go wrong?

The United States is well on its way to creating a lithium demand curve that may only be met by China—but only if Beijing feels like it.

That’s because the United States—along with the European Union—continue to pass laws and promote the replacement of gasoline- and diesel-powered cars and trucks with electric vehicles (EV).

The problem is that China is buying up most of the world’s lithium and rare earth elements (REE) mines upon which EVs—and energy grids—critically depend.

Predictably, as global demand for lithium continues to surge, China gains more market power with every lithium mine it buys—and it’s buying mines all over the world, from South Africa and Australia to Canada and South America.

But is anyone paying attention?

If not now, they soon will be. According to Benchmark Mineral Intelligence, “global deficits in lithium supplies may … surge more than 60-fold to 950,000 tonnes in 2030.”

We’ve seen how this kind of dependence on transportation energy turns out. In the 1970s (and today, unfortunately), the United States found itself critically dependent on foreign oil supplies. Oil prices rose dramatically when foreign oil producers formed the Organization of the Petroleum Exporting Countries (OPEC) to control the oil market by manipulating supply to drive up prices.

Transportation and food prices rose, and productivity slowed, resulting in the stagflation of that era. We are seeing this same dynamic today, to the great detriment of the U.S. economy.

A similar outcome could quickly develop regarding the global lithium market. In fact, it may already be a reality as China continues to dominate lithium mining, supply chains, and lithium battery production.

The current deficit of lithium production in the United States compared to China is eye-opening.

What’s more, China is outperforming the United States in the lithium market at every turn, controlling both lithium supply chains and battery production by cornering large sources of lithium in Australia—a major resource supplier to China—and South America.

Beijing Wants to Be in ‘Lithium Denial’ Business

One key factor that so many experts fail to consider is that, unlike capitalist Western companies, China’s economic plans aren’t based on profit margins or making money. Thus, quarterly profits and environmental concerns aren’t really a part of Beijing’s decision-making. Meeting market share goals and fulling the Chinese Communist Party’s (CCP) mandates for EV transition are more important.

That’s precisely why Chinese firms have an advantage. They’re not price-sensitive. That will be a huge factor going forward, now that the days of falling lithium prices appear to be over.

The International Energy Agency (IEA) forecasts that by 2040, demand for lithium will have increased 42 times relative to 2020 levels. As in oil markets, as global market demand continues to rise, China gains more power to determine lithium pricing. Beijing could—and most certainly would—raise prices to its global customers.

But that’s the least of the problems with a China-dominated lithium market. A much worse outcome would be for China to simply decide not to sell any lithium to the United States or Europe.

Consider, for instance, Beijing’s “Made in China 2025” goal of making China the technological and manufacturing center of the world. It requires global market and technological dominance. Controlling the lithium and REE supply chains and production is a part of that strategy.

Denying lithium to U.S. EV makers would go a long way toward putting them out of business.

Can the US React Fast Enough?

The good news is that U.S. policy is now promoting investment in U.S.-based lithium production plants. Tesla and LG Energy are among those companies building new factories in the United States to meet demand.

In 2021, the Biden administration launched its National Blueprint for Lithium Batteries. The policy aims to promote commercial investment in mining battery technology, production, and recycling to establish a domestic supply chain.

But will that be enough investment?

Will it come soon enough?

In the meantime, the United States continues to struggle for sufficient lithium access, which is critical to its EV industry and other technologies such as cellphones and guidance systems.

Predictably, you can expect the lithium tensions between the United States and China to remain high.