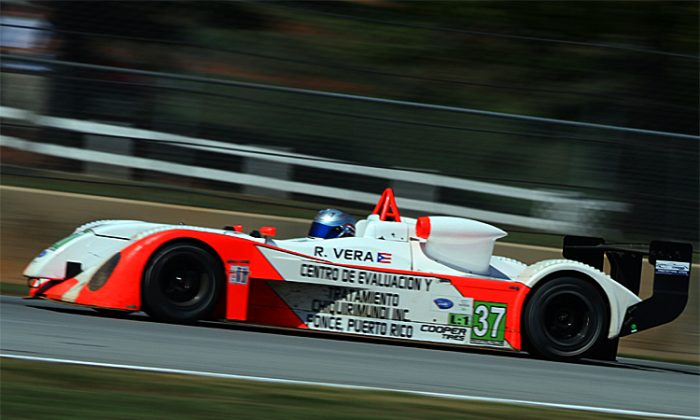 2011 IMSA Prototypes Lites champion Ricardo Vera has earned a shot at the big time. Performance Tech has offered the 18-year-old a seat in its LMPC Oreca for the American Le Mans Series season-opening Sebring 12 Hours.

Vera started racing karts at age 12 and raced formula cars in Mexico and Europe before moving up to Lites in 2011. He will join Performance Tech’s 2011 LMPC drivers Anthony Nicolosi and Jarrett Boon for the season’s longest and most prestigious race.

Performance Tech is in the habit of bringing talented drivers up through the ranks. Anthony Nicolosi graduated from Lites to a full-time ride in the ALMS after Performance Tech saw him win in 2010.

“Our mission at Performance Tech Motorsports is to provide an opportunity for drivers to develop in one series and move up as they wish into the professional racing arena,” Performance Tech owner/manager Brent O’Neill told Americanlemans.com.

“With five of our customers running Lites cars in 2011, we had plenty of opportunities to see Ricardo Vera display exceptional talent and driver maturity, while he won the Lites championship. We are extremely happy to have him, his family and his fans become part of our LMPC program.”

The Sebring 12 Hours will begin at 10:30 a.m. on Saturday, March 17. Tickets are available through the Sebring International Raceway website.