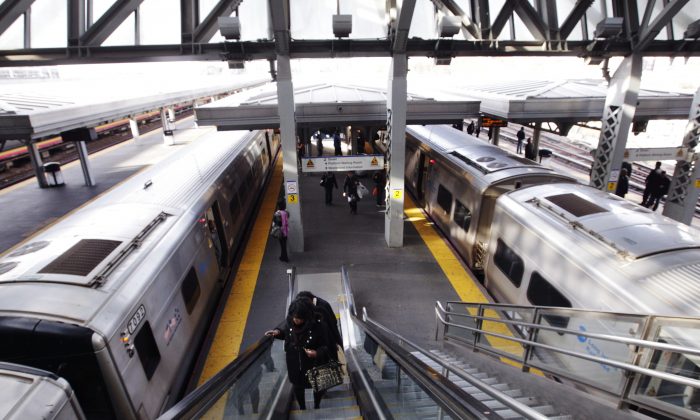 Snow is currently falling at a decent pace in New York City’s metropolitan area on Thursday, so are LIRR, PATH, and Metro North trains operating as normal?

According to LIHerald.com, all LIRR branches are operating on time as of 12:30 p.m. ET except for the Babylon branch.

There were delays reported earlier in the day.

On its website, LIRR did not say there would be delays or service changes.

The PATH trains from New Jersey also appear to be running normally.

The MTA says on its site that there “are no emergency-level disruptions of MTA service at this time.”