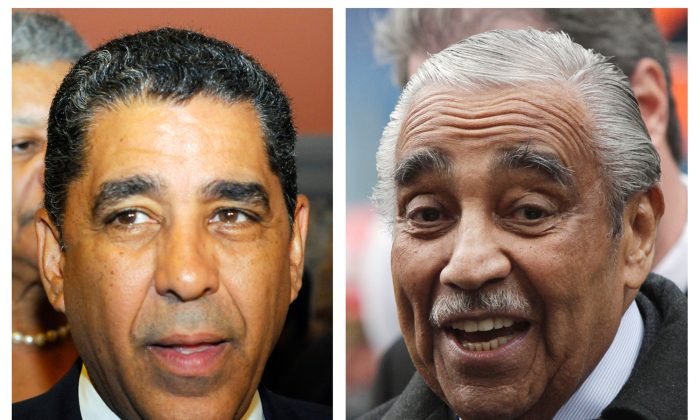 NEW YORK—Less than a decade ago, U.S. Rep. Charles Rangel tore through any opponents in his re-election campaigns, stalking through the primaries and pouncing on double-digit victories that returned him to the House of Representatives time and time again for more than 40 years.

But in recent years, it’s “The Lion” of Harlem who’s been hunted.

An ethics scandal over taxes that led to his 2011 censure also sapped much of his power when he stepped aside in 2010 as chairman of the powerful House Ways and Means Committee under pressure from fellow Democrats.

Rangel narrowly defeated state Sen. Adriano Espaillat by about 1,000 votes two years ago in a 13th Congressional District race that involved disputed election results and a lawsuit. Now, some onlookers are predicting that a rematch with Espaillat in the June 24 Democratic primary could be Rangel’s last roar.

In the last two years, the boundaries of the district he represents have changed, as has its demographics, becoming majority Hispanic and bringing in parts of the city where he’s not as well-known as in his Harlem stomping grounds.

“Demographics are destiny, especially in New York,” said political consultant Hank Sheinkopf. “If the demographics have shifted so dramatically, Charlie Rangel can lose.”

Espaillat was the first Dominican-American in the state Legislature and could become the first in Congress if he wins the primary and general election in the heavily Democratic district.

A New York Times/NY1/Siena College poll released May 21 showed Rangel with the support of 41 percent of likely voters, with Espaillat at 32 percent. The margin of error was 4 percentage points.

“There’s no question about the fact that Dominicans are largely going to vote for Adriano Espaillat,” said Carlos Vargas-Ramos, researcher at the Center for Puerto Rican Studies at Hunter College.

Rangel campaign senior adviser Charlie King said the incumbent had “grassroots support” and “the people know they can count on Charlie Rangel to be a champion in Washington to continue fighting for good jobs, better wages, and health care access for people of New York.”

Rangel, who was first elected to Congress in 1970, is still facing fallout from the ethics scandal. He was convicted of 11 ethics violations, including failure to pay some taxes and using congressional resources to raise money for an academic center bearing his name.

Espaillat’s backers include political figures like City Council Speaker Melissa Mark-Viverito, along with unions including the United Federation of Teachers and Local 100 of the Transit Workers Union. Mayor Bill de Blasio, who once managed a Rangel campaign, has not made an endorsement.

Rangel has been touting his notable supporters, including both U.S. senators from New York and former President Bill Clinton.

And really, onlookers said, in a June primary in a nonpresidential election year, the focus will be on getting voters to the polls.

“The turnout is going to be extraordinarily low,” Greenberg said. “In a low turnout race, every vote matters.”