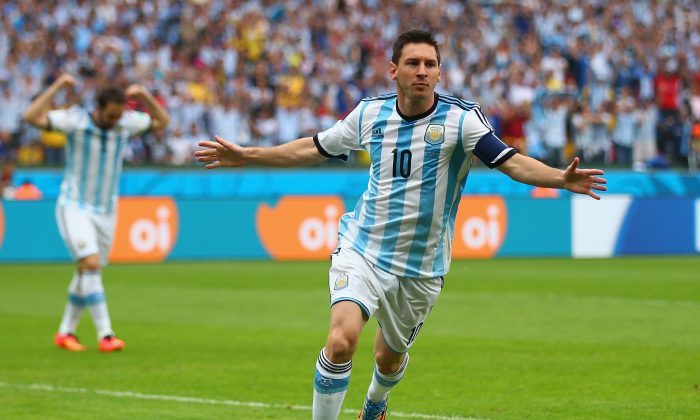 The Argentina star scored in just the third minute.

Nigeria came back just a minute later and tied the game, but Messi scored again in the first half in extra time.

He got fouled just outside the penalty box and got a free kick in the 45th minute.

Messi’s kick curled into the top right side of the goal. Vincent Enyeama was unable to stop it.

Before this match, Enyeama was the only goalkeeper who hadn’t given up a goal.

PORTO ALEGRE, Brazil—Nigeria and Argentina are not resting any of their starters in their final Group F match on Wednesday and sticking with the lineups they had in their previous matches.

Argentina will again rely on captain Lionel Messi — with two World Cup goals in Brazil already — moving wide and deep in a three-man attack behind Sergio Aguero and Gonzalo Higuain.

Vincent Enyeama will try to remain the only goalkeeper yet to concede a goal at this World Cup, while striker Peter Odemwingie has been called up again after scoring the winner against Bosnia.

Already qualified for the second round, Argentina needs at least a draw to win Group F. If Nigeriawins it will top the group, while a draw is enough to make sure of advancing.