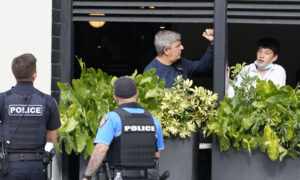 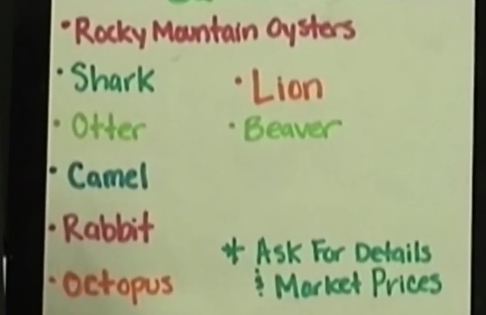 Exotic meat, including, until this week, lion, was served in tacos in an Orlando, Florida restaurant. The company says exotic meat is a good alternative to the typical meat eaten, such as pork and beef. (Screenshot/WTVY)
US

Lion tacos pulled: Taco Fusion, which specializes in exotic tacos, has pulled its lion meat taco from its menu.

“Our whole thought process of bringing the exotic meats to the Tampa bay area was to give people the opportunity to try different things that they normally wouldn’t get to try,” manager Brad Barnett told local broadcaster WFLA-TV.

“We feature unique one of a kind items that can’t be found anywhere,” the restaurant, which is in Florida, says on its website.

“In America, we’ve long since been under the spell of the Beef, poultry, and pork industries,” the website reads. “From titans like McDonald’s, to chicken joints like Chik-Fil-A, our choices have been incredibly limited as Americans- and even our possibilities for what is acceptable from a culinary standpoint.”

But angry customers on the internet told the restaurant they want it to stop serving lion.

“We listened to everyone and decided to no longer carry Lion,” said Taco Fusion.

The meat came from an approved distribution and was raised for human consumption, Barnett said.