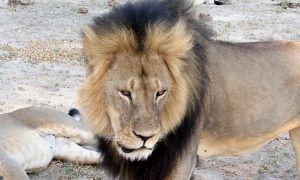 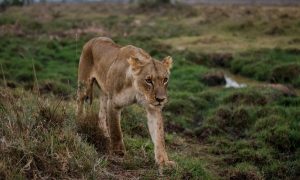 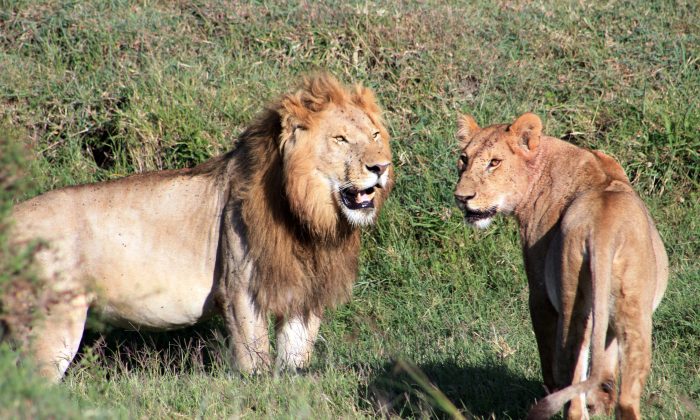 This March 6, 2016 photo shows lions as seen on a safari in Kenya's Tanzania's Serengeti region (Charmaine Noronha via AP)
US News

A lion that broke out of its enclosure has killed one person at the Conservators Center in Caswell County, North Carolina, according to reports on Dec. 30.

The victim has been identified as 22-year-old Alexandra Black, who is originally from New Palestine, Indiana, said the Caswell County Sheriff’s Office in a statement. The lion was subsequently shot, according to ABC11.

Black was a recent graduate of Indiana State University and had been employed at the Conservators Center for about two weeks.

Caswell County sheriff’s deputies tried to tranquilize the lion but failed, so they shot and killed the animal to retrieve Black’s body, USA Today reported.

The Conservators Center issued a statement saying it was “devastated by the loss of a human life,” ABC News reported.

“While a husbandry team led by a professionally trained animal keeper was carrying out a routine enclosure cleaning, one of the lions somehow left a locked space and entered the space the humans were in and quickly killed one person,” the center said in a statement, NBC News reported.

It isn’t clear how the lion escaped its enclosure, the sheriff’s office said.

The Conservators Center, located in rural Caswell County, is home to about 80 animals, its website says. It’s closed until further notice amid an investigation, ABC11 reported.

The facility was founded in 1999 and is in Burlington, about 50 miles northwest of Raleigh. On its website, the center said it began giving public tours in 2007 and gets more than 16,000 visitors annually, according to The Associated Press.

It has more than a dozen employees and currently houses more than 21 species. The center says it took in 14 lions and tigers in 2004 to assist the U.S. Department of Agriculture with caring for animals that were living in “unacceptable conditions.” A message seeking comment was left with a spokesman for the county sheriff’s office.

A British safari park owner was severely mauled by a lion earlier this year, according to reports.

Michael Hodge was investigating a smell in the lion’s enclosure at the Marakele Animal Sanctuary in South Africa in May 2018 at the time of the attack, reported The Guardian. Video footage of the incident was posted online

“The owner was immediately taken to hospital with serious injuries. He is currently recuperating,” Lt. Col Moatshe Ngoepe, a police spokesman in South Africa, was quoted as saying by the publication. Hodge was later airlifted to a hospital in Johannesburg in May, the Telegraph reported.  “He has a broken jaw and several lacerations, but is recovering well,” his family said in a statement.

A 22-year-old woman was also mauled at a private game reserve in South Africa in March. That lion was under the care of a man who was dubbed the “lion whisperer” for his close interactions with the predators.