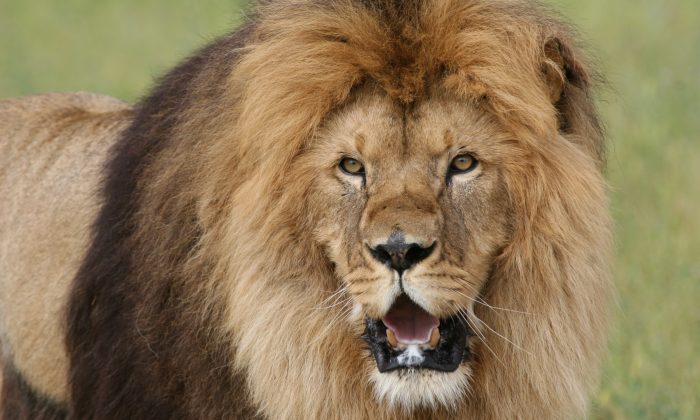 The lion Bam Bam, freed from the circus. (Courtesy of ADI Films)
Entertainment

In the animal rescue documentary “Lion Ark,” Animal Defenders International (ADI) walks the audience through the hidden world of circus animal abuse, a journey not for the faint of heart.

Following an undercover investigation, Bolivia banned animal circuses in 2009. The government required that their native animals be relocated to sanctuaries within the country, but the lions must be relocated outside Bolivia.

Composed of live footage taken during the process of investigating, lobbying, and helping enforce the ban, “Lion Ark” tracks the rescue of 25 lions and other circus animals.

In the first few moments of the film, the lions’ eyes and faces highlight the story graphically and wordlessly. Intelligence is evident in their expressions and their direct, unflinching gazes.

What unfolds is an operation two years in the making, one which is organized much like a military undertaking complete with volunteer undercover agents whose lives were in danger at every moment.

They must retrieve animals from circus owners who do not want to give them up. The people they face are more dangerous than the lions they are to rescue.

ADI co-founders Jan Creamer and her husband Tim Phillips are old hands at helping animals receive better treatment. London saw ADI open their first office in 1990. From that moment on Phillips and Creamer have been helping change laws governing the use of animals in places like laboratories and circuses.

Creamer says she is often asked, “Why bother about animals when there’s so much human suffering?”

To her, the answer is clear. “It’s not a choice of one or the other—when we protect the weakest or most vulnerable, whether it’s animals or people, we all gain,” she said. “That’s how we shape our world.”

For someone who loved the circus as a child, but never understood how the animals were treated, this film is an eye opener. The brief yet uncut shots of animals being abused are shocking.

The ADI team follows through on its mission with compassion, intelligence, courage, and responsibility toward living beings. They don’t consider giving up even when their tires are slashed and circus owners threaten them with physical harm.

“It takes just a small group of people coming together to make a difference,” Creamer said about her crew.

According to the Lion Ark website, in the 18 months that followed Operation Lion Ark, Peru, Ecuador, and Paraguay banned the use of wild animals in circuses. Brazil and Colombia are considering similar legislation.

Bob Barker is not only a legendary talk show host and multiple Emmy award winner, he’s a well known philanthropist. The film includes footage of his plea before Congress.

CSI actress and ADI Ambassador Jorja Fox is another voice that spoke before Congress for the lions, spearheaded an ongoing media campaign. Both played critical roles in making the rescue possible.

For animal enthusiasts and lovers of triumphal endings, “Lion Ark” is a heartening film.

Jan Creamer, Tim Phillips, and their crew are living examples of the compassion humans can have. They act as stewards in so many ways, starting with seeing a problem and taking action, gathering together likeminded individuals, and working in such a dedicated and focused way to bring about change.

“Lion Ark” is a dynamic and courageous film highlighting the best of human nature. It screens Nov. 15–21 at QUAD Cinema, 34 West 13th Street in New York and at the Laemmle Music Hall in Los Angeles.