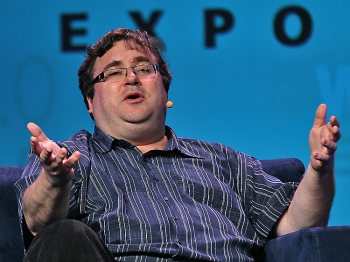 Caroline Dobson
View profile
Follow
biggersmaller
Print
LinkedIn, the popular platform, which links professionals across the globe, will be the first U.S. social network to be listed on the New York Stock Exchange as the symbol, “LNKD” this week.

LinkedIn’s 43-year-old founder and President Reid Hoffman is likely going to reap a profit of $600 million when he sells he shares in LinkedIn.

The current share sale value of LinkedIn has been increased to $3.35 billion from its original of $2 billion figure according to its first IPO (Initial Public Offering) documents submitted to the U.S. Securities and Exchange Commission in January. This is an overall trend of related social network companies such as Facebook. Recent reports have indicated that the value of Facebook is close to $100 billion.

Hoffman has invested heavily into social media. He set up LinkedIn eight years ago, the professional social network, which has more than 100 million members.

The bulk of its revenues is sourced from recruiters and businesses who purchase extensive services that provide access to more details about candidates for employment opportunities.

LinkedIn’s IPO will be closely watched by investors and analysts, as it would likely provide a glimpse of how the much larger Facebook Inc. and Twitter will proceed with their share sales.