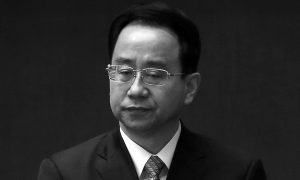 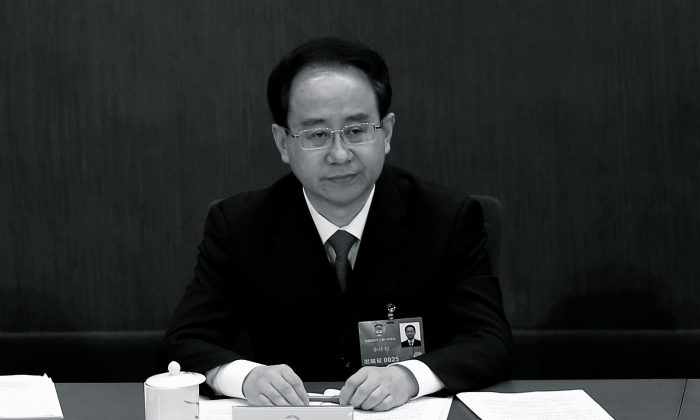 The ruling by the Communist Party’s Politburo came seven months after Ling Jihua was placed under internal investigation for disciplinary violations.

The fall of Ling, whose former position is comparable to the U.S. president’s chief of staff, has come amid a stern anti-corruption campaign by Hu’s successor Xi Jinping. The campaign is seen by many as a means to not only restore public confidence in the communist regime, but also to root out threats to Xi’s political dominance.

Jeffrey Bader, a senior fellow at Washington-based think tank Brookings Institution, said the expulsion of Ling from the Party and the arrest was long expected.

“It’s the sign of the determination of Xi Jinping and the leadership to go after high-level actors in the anti-corruption campaign,” Bader said.

The political motivation to purge Ling is unclear, said Steve Tsang, senior fellow at the University of Nottingham’s China Policy Institute. “We have not heard of any real personal grudge that Xi Jinping would have against Ling Jihua,” Tsang said.

Ling held a sensitive position but never made it into the Party’s top echelon.

His disgrace followed the fall of two more prominent Chinese political figures — former Politburo member Bo Xilai and Zhou Yongkang, who served on the Politburo’s standing committee until his 2012 retirement. But unlike Bo and Zhou, Ling had no clear evidence of opposing Xi, and the Youth League faction to which Ling belonged has not been politically targeted at the high level, Tsang said.

Ling, formerly head of the Communist Party’s general office under Hu, became well known in China in 2012 when his son crashed a Ferrari in Beijing with two nude or half-dressed women, according to various reports. Ling was accused of covering up the scandal.

Ling had appeared destined for a seat in the Party’s Politburo in late 2012, but instead was removed from the top leadership and named head of the United Front Work Department.

Xinhua News Agency, a state-run news outlet, said the internal investigation found Ling took huge amounts of money through bribery and used his position to seek benefits for others. It said Ling had allowed his family to benefit financially from his political influence. The report specifically said Ling’s wife, Gu Liping, received bribes and that her business activities benefited from Ling’s status. Gu was involved with non-governmental organizations on youth issues.

Ling obtained many core secrets of the Party and the country in violation of Party discipline and the law, Xinhua said.

He was also accused of having multiple illicit affairs in violation of Party rules.

State-run broadcaster China Central Television said China’s top prosecuting office had arrested Ling, who would be prosecuted on corruption charges. Because Chinese courts are controlled by the Party, it is a foregone conclusion that Ling will be found guilty, although it is unclear if his trial would be open.