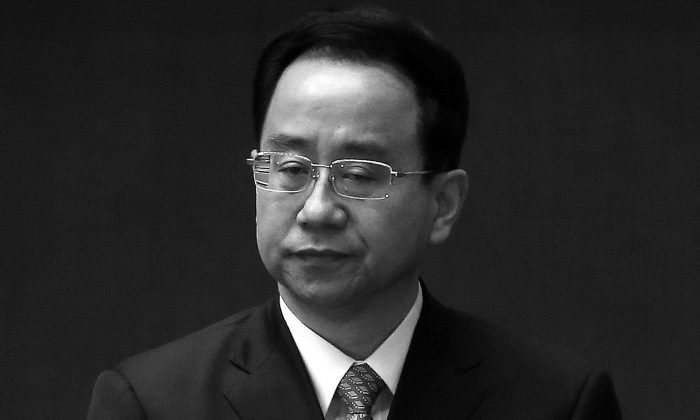 A top aide to the previous Chinese Communist Party leader has been accused of “serious disciplinary violations” and is now formally under the investigation of internal Party anti-corruption authorities, according to mouthpiece media on Dec. 22. His most recent post, from which he is now removed, was head of the United Front Work Department, an agency that engages in propaganda and agitation overseas.

Ling Jihua, 58, as secretary of the Communist Party’s Central Secretariat, was something like a chief of staff in the Chinese communist system—handling the day-to-day affairs of the Party, dealing daily with the dark secrets of the elite, and in what is presumed to be one of his last major engagements while in office, helping, in early 2012, to orchestrate the demise of the mercurial former Politburo member Bo Xilai. Less than a month later his son died in a car crash, while speeding in a Ferrari in Beijing, reportedly with two young women in the vehicle. Sources in the Party told Epoch Times at the time that the crash was in fact an assassination, meant to be payback for Ling’s role in bringing down Bo Xilai, and to serve as a warning to others who may have involved themselves in his case.

Xi Jinping, the new Party leader, came to power in November of that year, and since then hit the ground running with a ferocious anti-corruption campaign, which has included the arrests, interrogations, and imprisonments of top officials.

It was thought by many observers that associations with the immediate former administration—that of the bland Hu Jintao, and the affable Wen Jiabao—would act as helpful political cover. Much of Xi’s purge has been aimed at officials that gained their enormous power through the machinations of Jiang Zemin, who held formal power from 1989 to 2002, and his henchman, Zeng Qinghong. Those men held the most influence in the spheres of power, and thus posed the greatest risk to Xi.

The prelude to the announcement was familiar: first, Ling Jihua’s older brother Ling Zhengce, the vice chairman of the Shanxi People’s Political Consultative Conference, a kind of faux advisory body in the coal-rich central province, was placed under investigation. That took place in June and was officially announced by the Party’s anti-corruption agency. In December his younger brother, Ling Wancheng, a golf enthusiast and a businessman with official ties and, was in October placed under investigation, according to the South China Morning Post (but not announced by anti-corruption officials.)

The names of the three brothers are drawn from the Chinese communist political lexicon: Jihua means “plan,” zhengce means “policy,” and wancheng means “complete,” often used in reference to the successful accomplishment of a political task.

It is uncertain whether Ling Jihua and his two brothers will be handed to judicial authorities and punished, and if so, how severely. The political motivation for the purge is also unclear, given that Ling is not understood to have been an obstacle or posed a threat to Xi Jinping’s political agenda.

Indeed, in a failed display of fawning that may have been meant to head off his demise, Ling published an article in the communist ideological journal “Seeking Truth,” which made no fewer than 16 groveling references to the speeches and theories of the new supreme leader.

It had a very awkward title: “Resolutely Stick to the Correct Path of Using Chinese Characteristics to Resolve Ethnic Problems; Struggle United In Order to Realize the China Dream of Chinese Ethnic Rejuvenation.” The secondary headline called for readers to engage in the “deep study and thorough implementation” of Xi Jinping’s recent musings on Chinese ethnic policy.

But apparently Xi Jinping was unmoved. After Ling’s investigation was announced, the article was deleted.