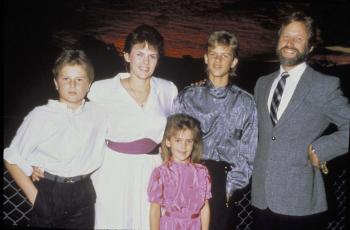 Raiatea Tahana-Reese
View profile
Follow
biggersmaller
Print
Graphic new photos of missing Azaria Chamberlain are published online at www.dailytelegraph.com.au. The nine-week-old baby died during a camping trip with her parents in the Northern Territory 30 years ago.

The pictures have emerged along with jury notes made public by the Northern Territory Police, detailing Australia’s most famous murder trial.

The Daily Telegraph reported that the notes shed new light on Lindy Chamberlain's conviction over the disappearance of her infant daughter whom she said was taken by a dingo.

He made his allegation on Australian television last night. The broadcast also documented his former wife Lindy's return to the scene of a mystery that polarised the nation when nine-week-old Azaria went missing on Aug. 17, 1980.

Mr Chamberlain said three decades on, he was still not over Azaria's disappearance, which was followed by a legal battle including three coronial inquests, Lindy's murder trial, multiple appeals, a royal commission and their eventual exoneration.