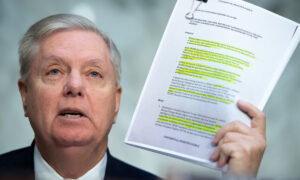 McConnell, Graham Didn't Violate Their Oath: They Made a Determination Based on Complete Record
0 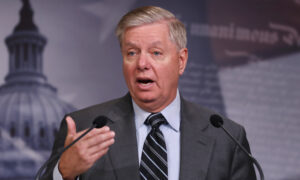 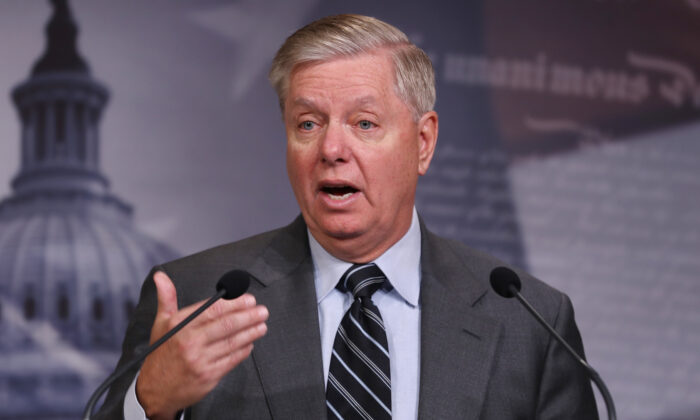 Sen. Lindsey Graham (R-S.C.) told reporters on Friday that he’ll oppose a motion to call up former Vice President Joe Biden or his son, Hunter, to testify during the impeachment trial of President Donald Trump.

“To my Republican friends, you may be upset about what happened in the Ukraine with the Bidens, but this is not the venue to litigate that,” he told The Hill. “I need some Republicans who would say, as much as I want to know more about Burisma and the Bidens, this is not the venue. I’ve got to find four,” Graham stated, suggesting that he has to find only four Republicans to join Democrats in opposing calling up Biden. “I vote against it,” he remarked.

Graham, the chairman of the Senate Judiciary Committee, is a close ally of Trump and has been a staunch defender of the president amid the impeachment inquiry. But Graham said he opposes Biden’s testimony because he views the trial should come to an end soon. Democrats have also wanted to compel testimony from witnesses including former Trump adviser John Bolton.

“I’m not going to grant witness requests by the defense,” he added. “They could have called all of these people” in the House. “They denied the president his day in court, and I’m not going to legitimize it.”

His position on the matter places him at odds with fellow Sen. Rand Paul (R-Ky.), who has repeatedly called for testimony from the younger Biden. “The president gets to call anybody he thinks would be good for his defense, the prosecution can call who they want, but I don’t think we should selectively call witnesses that don’t like the president,” Paul said on Jan. 17.

Some Republicans have also wanted to call Joe Biden, a Democratic 2020 presidential candidate, and his son because of the reportedly lucrative board position Hunter Biden had on a Ukrainian gas firm, Burisma Holdings, while his father was the “point man” in Ukraine during the Obama administration. The elder Biden went on the record in 2018 during a Council on Foreign Relations event and told an audience that he pushed to get allegedly corrupt top Ukrainian prosecutor Viktor Shokin fired in 2016. Shokin has said he was investigating Burisma and sought to interview Hunter Biden.

In the aftermath, Biden has denied any wrongdoing and alleged Shokin was a corrupt official. The younger Biden ABC News in October that he did nothing wrong and exercised “poor judgment on my part” because it gave the perception of a conflict of interest.

The impeachment inquiry last year focused on a July 25 phone call between Trump and newly-elected Ukrainian President Volodymyr Zelensky where Trump asked his counterpart to “look into” the Bidens, Burisma, and alleged election interference. Democrats alleged that he pressured Zelensky to open investigations while withholding nearly $400 million in foreign aid, which both Trump and Zelensky have denied. On Dec. 18, the House voted to impeach Trump for abuse of power and obstruction of Congress.