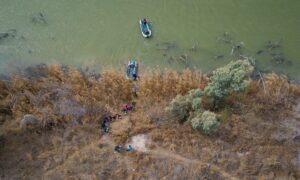 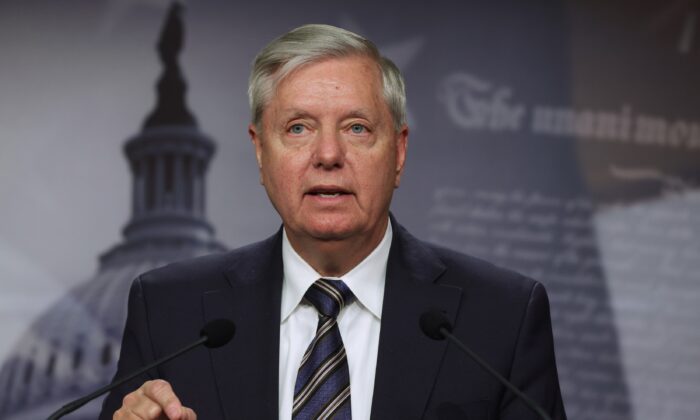 Lindsey Graham: GOP Will ‘Shut the Senate Down’ If Denied Access to Border Facilities

Sen. Lindsey Graham (R-S.C.) said that Republicans will “shut down” the Senate if he and other senators are denied access to Border Patrol facilities at the U.S.-Mexico border on Friday.

“I am going down [to the border] with 18 senators Friday, and if I’m denied the ability to look into any place I want to go, we’re going to shut the Senate down,” he said in an interview with Fox News. “Where are all the liberal hypocrites? Where is AOC? Where is Elizabeth Warren? Where is Vice President Harris, who basically protested outside of a facility—in Homestead, Florida during the Trump years—holding migrant children?”

Graham was referring to Sen. Elizabeth Warren (D-Mass.) and Rep. Alexandria Ocasio-Cortez (D-N.Y.), who in 2018 was photographed crying outside a Tornillo, Texas, migrant children detention center.

The longtime member of Congress added: “All I can say is, I’m going down with 18 senators, if they deny me the ability to go where I want to go and see what I want to see, we’re going to shut the Senate down.”

Currently, more than than 16,000 migrant children are currently in U.S. custody, with 5,000 of those being held by Border Patrol, according to recent data from the agency.

Republicans have put pressure on the Biden administration to allow greater media access to border shelters, while White House officials have said the influx in migration is because of former President Donald Trump’s policies.

“It is especially challenging and difficult now, because the entire system under United States law that has been in place throughout administrations of both parties was dismantled in its entirety by the Trump administration,” Homeland Security Secretary Alejandro Mayorkas told ABC News over the weekend. “So we are rebuilding the system as we address the needs of vulnerable children who arrive at our borders.”

Republicans have pointed to a slew of executive actions carried out by Biden starting Jan. 20 to rescind some of Trump’s immigration orders, including the “Remain in Mexico” policy and halting construction of the border wall. Biden also proposed a pathway to citizenship for 11 million illegal immigrants and other new orders.

Separately, some members of the media have criticized the administration over a lack of transparency regarding border facilities.