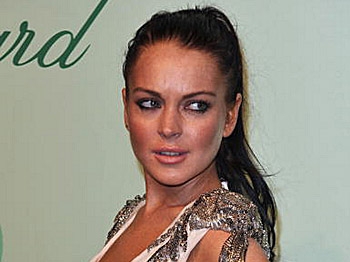 By Ian Ritz
Print
Lindsay Lohan missed a court date, violating her probation on Thursday. She was placed under probation due to a DUI charge that she acquired after an arrest in 2007. Lohan’s violation resulted in the issuing of a bench warrant by a Los Angeles County judge that will make her a wanted criminal in the state of California.

Judge Marsha Revel has been over seeing Lindsay Lohan's three-year probation through the Los Angeles County Court system and is holding Lohan accountable for her actions. Revel issued a warrant for the actress’s arrest after she missed a recent court appearance, adding to her sketchy appointment-keeping history. Local media in California stated that Lohan went yachting and over-stayed her vacation, resulting in her court absence. The LA court told Lohan that she would face jail time if she violated her probation, and they are looking to make good on their promise once she returns, reported E! Online.

“This isn't just a DUI case. There's reason for the court to be concerned. She has a history of not keeping scheduled appointments, “ said Revel to E!

It seems Lohan went on a yachting expedition to Cannes but hasn’t found time to come back to Los Angeles for court. Lohan’s probation was set to end in August, three years after being sentenced. However, the actress could not keep her issues under raps for the remainder of the summer.

“She should have made sure she either didn't go to Cannes or, if she went there, she should be back two days early. If she wanted to be here, it looks to the court she could have been here… She's not here. There's really no valid excuse,” said Revel.

Lindsay Lohan has had a long public display of erratic behavior, including reports or drug and alcohol abuse along with a trouble driving history. Lohan is also no stranger to drug rehabilitation centers where she has been admitted, left early, and then returned.

Lohan’s attorney Shawn Chapman Holley is doing her best to defend the actress and keep her out of jail, but her client is not giving her much to work with. Lohan is reportedly doing her best to fly back to California where she will be held under a $1,000 bond.

E! has confirmed that when Lohan returns and posts her bail she will be held under house arrest. Lohan will be sporing an electronic ankle bracelet and alcohol monitoring system until arraignment. Possible sentences have not been forecasted for the troubled star, but will most likely consist of formal jail time along with drug and alcohol treatment.