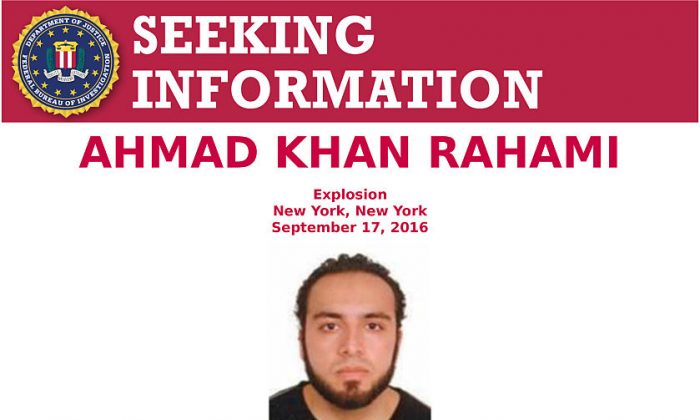 In this handout provided by the Federal Bureau of Investigation, Ahmad Khan Rahami poses for a mug shot photo. Rahami has since been captured by authorities. (Photo by FBI via Getty Images)
Crime and Incidents

It is the vigilance of Linden, New Jersey, residents that led to the capture of Ahmad Khan Rahami, the suspect wanted for questioning in this weekend’s bombings in New York and New Jersey.

Harinder Bains, Jack Mazza, and Chris Ricco were walking past Bains’s bar, Merdie’s Tavern, when the trio spotted a hoodie-wearing Rahami asleep in the vestibule of the business.

“Harry said, ‘That’s the guy. That’s the guy that planted the bomb,'” Mazza told the New York Daily News. “I said ‘No, it’s not—you can’t even see his face. How do you know?’ Because he had a hoodie on. I bent down and looked at him and said, I don’t know. Call the cops if you think it’s him.”

When Bains tried to rouse Rahami, the suspected terrorist would not budge and swore at them, prompting the call to authorities. Ricco was under the impression that Rahami was a sleeping vagrant.

“I called the cops,” Ricco said. “As soon as the cop came, he confronted him. He shot the cop and then he took off running. The cops chased him. All you heard was shots fired.”

A gun battle ensued between Rahami and responding officers. Two officers were wounded in the exchange but didn’t sustain any life-threatening wounds. Rahami was also wounded and he was taken into police custody on an ambulance stretcher.

Rahami, 28, a naturalized U.S. citizen originally from Afghanistan, was named a suspect for the Sept. 17 New York/New Jersey bombings on Monday morning.

“The investigation is now focusing on one individual,” said Gov. Andrew Cuomo. “That would suggest by this individual there is a foreign connection to this attack.”

It is believed that Rahami is involved in the recent bombings in Seaside, New Jersey, and the five explosives found in a backpack near a train station in Elizabeth, New Jersey, as well as the Chelsea bombing that injured 29 people.

Mayor Bill de Blasio has called the bombings an act of terrorism, though no organized terrorist group have taken responsibility for the blast.

After a trip to Afghanistan several years ago, Rahami became more reserved and grew a beard, Flee Jones, a childhood friend, told Reuters.

“He was way more religious,” Jones said, adding, “I never knew him as the kind of person who would do anything like this.”

The investigation into the bombings is ongoing.