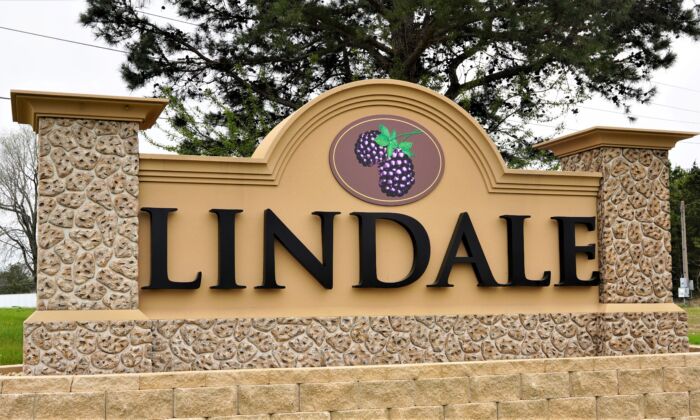 Lindale, Texas, became the state’s 41st 'Sanctuary City for the Unborn' on March 22, 2022, by a unanimous vote of its city council, and in response to a citizen petition for the designation. (Patrick Butler/The Epoch Times)
Social Issues

There are now 42 cities in Texas with the “Sanctuary City for the Unborn” title, having passed ordinances outlawing abortion.

Omaha, Texas, which is the 2nd city to have banned abortion in Texas, is the only city in the state to have recanted its ordinance.

Five cities outside of Texas have become sanctuary cities: Hayes Center, Nebraska; Blue Hill, Nebraska; Lebanon, Ohio; Mason, Ohio; and Pollock, Louisiana. Mason is the only city outside of Omaha, Texas to have recanted its ordinance.

On March 24, Lindale in East Texas was the latest to become a sanctuary city by a unanimous vote of its city council comprised of three men and two women.

“Tonight, the City of Lindale, Texas, population 6,730, became the 47th city in the nation, and the 42nd in Texas to pass an enforceable ordinance outlawing abortion within their city limits,” said a statement from Right to Life of East Texas.

All of the cities approved sanctuary by votes of their councils, except for Lubbock (population 264,778) which approved it in an election in May of 2021.

More than 21,000 out of 34,260 total votes cast, approved the measure, making Lubbock the largest city in America to become a sanctuary city.

There were 629,898 abortions in the United States in 2019, according to the Centers for Disease Control.  The data was gathered from 47 “voluntary” reporting areas, “excluding California,” the CDC said.

Encouraged by the success of Texas Senate Bill 8, known colloquially as the “Heartbeat Bill”—where abortion is restricted after the heartbeat of a fetus is detected—cities across the state have moved towards eliminating abortion altogether.

SB 8 has been upheld so far despite legal challenges going all the way to the Supreme Court. The court declined to overturn SB 8 on Dec. 10, 2021.

The bill was authored by state Senator Bryan Hughes, whose Senate District 1 includes Lindale. It is being scrutinized by other states as a template that successfully withstands legal challenges.

On March 23, Gov. Brad Little, a Republican, signed a bill making Idaho the first state to enact a copy of SB 8.

Oklahoma’s House passed a law that models SB 8’s but banned abortions altogether unless the mother is in medical danger.

At its 29th annual Celebration of Life banquet on March 26, Mark Dickson, director of Right to Life of East Texas, presented Hughes with its Pro-Life Person of the Year award.

The Supreme Court is also currently deliberating on a challenge to Roe v. Wade by a Mississippi case—Dobbs v. Jackson Women’s Health Organization—that could bring a degree of legitimacy to the efforts of Sanctuary Cities in Texas and throughout the country and encourage more to pass similar measures.

Not waiting for their state legislature to enact such measures, cities in Texas are being proactive in the event the court returns the issue to the states.

“Texas is poised to immediately protect all preborn children from elective abortion if Roe is overturned,” said a statement by Texas Right to Life.

Just two days prior to their banquet, East Texas Right to Life made a statement of Lindale’s unanimous inclusion into the ranks of Texas sanctuary cities.

“They became the first city to pass an ordinance by a vote of the city council, as a result of a citizen initiative petition. Since they passed the ordinance there is no need for there to be a citywide election on the ordinance. There were over 500 in attendance in support for life. The vote by the city council was unanimous! Way to go Lindale, Texas!”

Lindale did not return a request for a legal definition of “sanctuary city.”

Correction: The number of sanctuary cities has been corrected. The Epoch Times regrets the error.