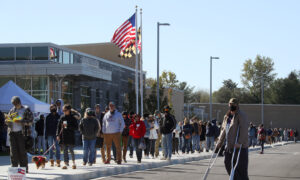 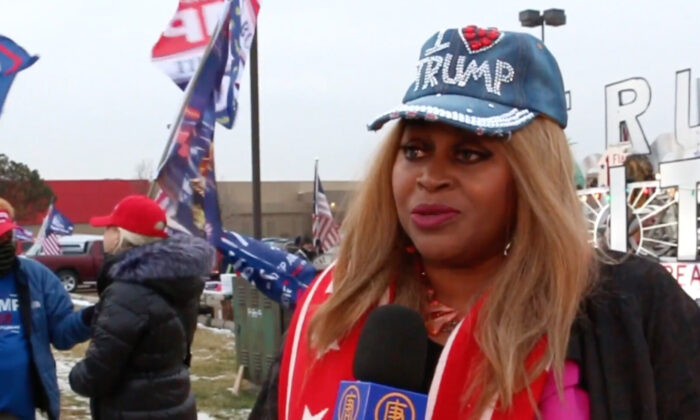 Dr. Linda Lee Tarver, former president of the Republican Women’s Federation of Michigan, has decades of experience on the administrative side of running an election, and she has testified at length to the anomalies that occurred in Michigan during this presidential election. She was invited to speak at a Trump Caravan Rally in Michigan on Dec. 18, 2020.

“People are concerned because we are convinced, and know, that Donald Trump won Michigan, he won it handily,” she said. Similar grassroots protests have been taking place since the general elections, in all 50 states across the nation.

“People are concerned about what more can we do? We’ve taken it to every person who could hear. And the evidence is overwhelming,” she said. “And like I said today, these are eyewitness accounts of people who actually went there did their jobs, and saw the the corruption and the fraud.”

“We also have forensic evidence, which is evidence that has from the Secretary of State’s database that I talked about, the more than 500,000 people who we know, some of them were deceased, some of them voted twice. Some of them were not citizens. Some of them received a ballot without signing for it,” she said. “They’re certifying an uncertifiable election. You cannot certify what you cannot verify. We’ve asked for the forensic audit. We’ve asked for the work that was done at the TCF center to be investigated. We’ve asked for those who put out the poll challenges to be prosecuted, and it has yet to happen. And yet, we’re hearing that there’s no fraud, but we know that there is.”

Ying Wan contributed to this report.