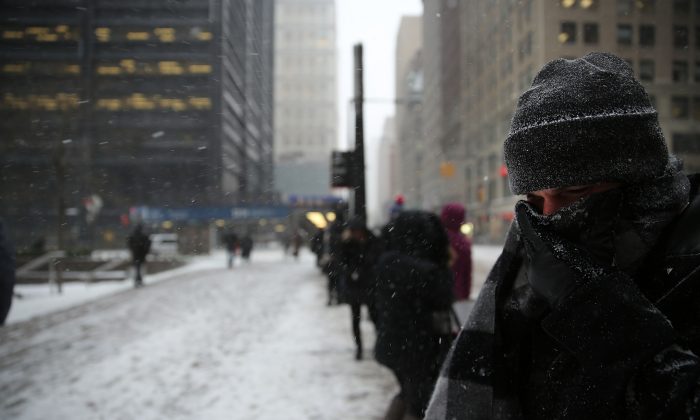 The George Washington Bridge, the Lincoln and Holland Tunnels, Bayonne and Goethals Bridge and the Outerbridge Crossing will close at 11 pm ET due to the impending snowstorm in New York City. (Spencer Platt/Getty Images)
New York

The George Washington Bridge, the Lincoln and Holland Tunnels, Bayonne and Goethals Bridge and the Outerbridge Crossing will close at 11 pm ET due to the impending snowstorm in New York City.

The announcement was made on Monday evening by Port Authority.

The MTA and New York state also announced the subway, LIRR, Metro-North, and Port Authority services will be closed down at 11 p.m.

Snowfall totals: In New York City, close of 5 inches in Queens and more than 4 inches in Central Park, the National Weather Service says. In parts of Pennsylvania, as much as 3 inches.

Connecticut Gov. Dannel P. Malloy activates 400 members of the National Guard to assist with any emergency that may arise and orders all nonessential state workers to stay home Tuesday.

The New York State Thruway Authority is restricting all tractor-trailers on Interstate 87 between Newburgh and the New York City Line.

Snow predictions have risen in Maine to 2 feet, and dozens of school districts and businesses say they’ll be closed Tuesday, including public schools in Bangor, Biddeford, Falmouth and Saco.

2,000 pieces: The size of the puzzle lifelong Augusta, Maine, resident Heather Gluck has on hand to bide her time if power goes out. “If I have to do it by candlelight tonight, I will,” she said.

Flights canceled: About 7,500 through Wednesday.