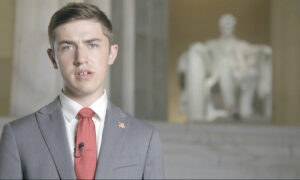 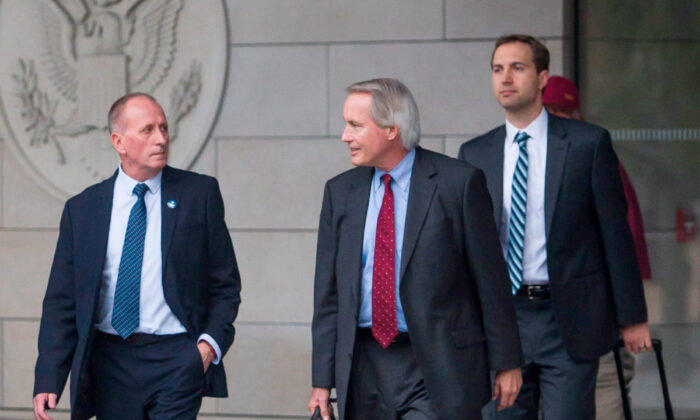 Lin Wood, the defamation case lawyer who filed third-party lawsuits on behalf of former President Donald Trump following the 2020 election, said that the State Bar of Georgia is seeking to discipline him.

“The State Disciplinary Board of the State Bar of Georgia has received information concerning the above-named attorney that suggests that said attorney may have violated one or more of the Georgia Rules of Professional Conduct,” the disciplinary complaint, dated Feb. 5, states.

Wood posted a Dropbox link to the complaint on Telegram on Feb. 13.

Wood, in a statement on the app, wrote that he needs “the help of We the People,” saying he received a 1,600-page grievance complaint from the organization.

“The GA State Bar attacks my social posts, even impliedly mocking my public statements of my religious faith,” Wood wrote to his 700,000 followers. “In short, the GA State Bar is trying to crush me to silence me and prevent me from practicing law.”

Neither Wood nor the State Bar of Georgia responded to a request for comment by press time.

Since the Nov. 3 contest, Wood has filed several election-related lawsuits challenging the legitimacy of the election in Georgia. For that, Wood suggested in his Telegram post that the State Bar’s letter was politically motivated.

“The enemy has ensnared itself by opening up election fraud and other false attacks against me simply because I am a Trump supporter and a truth-giver. The reputation the enemy is trying so hard to destroy is the reputation that will fight back and destroy the enemy,” he wrote.

Earlier in the month, Georgia Secretary of State Brad Raffensperger’s office said it launched an investigation into whether Wood voted illegally in the 2020 election.

Wood said in a post on his Telegram channel on Feb. 1 that he only changed his residency to South Carolina on Feb. 1 and, prior to that, he had lived in Georgia for 65 years.

“I have changed my legal residence from the State of Georgia to the State of South Carolina!” Wood announced in the Telegram message, adding that he was “thrilled” about the move.

Raffensperger’s office told news outlets that the office is seeking to determine whether Wood was “a legal resident when he voted in November, in light of an email he sent to [WSB-TV reporter] Justin Gray saying he has been domiciled in South Carolina for several months.”

In a statement to WSB-TV, Wood described Raffensperger’s probe as “pure harassment.”