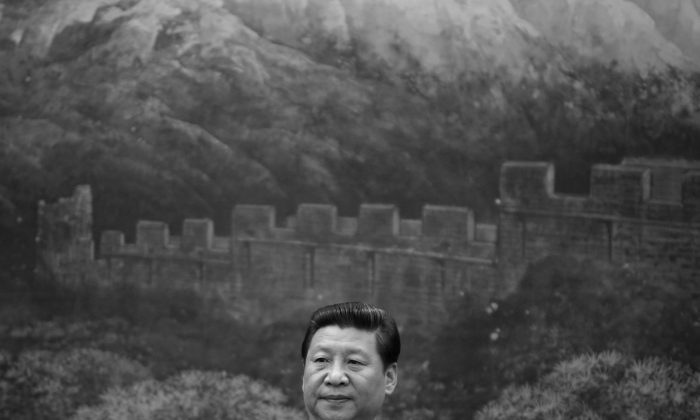 Chinese Communist Party leader Xi Jinping looks on during a signing ceremony with Palestinian President Mahmoud Abbas at the Great Hall of the People on May 6, 2013 in Beijing. A new exposé reveals a very different version of the Party's history from the one edited by Xi in 2011. (Jason Lee-Pool/Getty Images)
China

Another political hot potato has landed in the lap of new leader Xi Jinping with the publication of a book in Hong Kong that challenges the Communist Party’s version of its past.

In 1971, Mao Zedong’s vice chairman Lin Biao perished in a suspicious plane crash over the Mongolian desert. Lin had been confirmed as the next Party leader, but Mao claimed Lin’s plane ran out of fuel while trying to defect to the Soviet Union after a failed coup. He then condemned Lin as a traitor and counter-revolutionary–the rest, as they say, is history.

But a new book says otherwise. Titled “A Retrospect of the Lin Biao Incident: Facts and Corrections,” the exposé was authored by Bao Pu, son of Bao Tong, who was policy secretary to reformist Party leader Zhao Ziyang, another top official later taken down by Party comrades after he tried to reconcile with the student protesters prior to the Tiananmen Square Massacre.

The facts and corrections listed in the book are a stark contrast to the second volume of a tome published two years ago, called “History of the Chinese Communist Party,” which covers the period from 1949 to 1978. Edited in part by Xi Jinping himself, the work holds the Party line that Lin had attempted to assassinate Mao, and was planning to establish a new government in South China.

The new book, however, features a variety of evidence denying that Lin Biao conspired against the Party, including hand-written letters from Lin Biao’s daughter Lin Douou, documents from Lin’s four top generals, and essays by four Chinese experts questioning testimony by military officers.

According to a May 5 commentary in U.K. newspaper The Sunday Times, the exposé undermines Xi’s credibility, and shows how Chinese history was rewritten to suit the Party line.

“Xi Jinping is a Maoist,” said Bao Pu, the author, to the Times. He said Xi was “the mastermind” of the recent propaganda volume.

The book is introduced by China expert Roderick MacFarquhar at Harvard, who thinks that Lin actually fell into one of Mao’s traps.

He believes that Mao was afraid of Lin’s hold over the army, and ensuing tactics against him led to Lin and family’s fateful attempt to flee.

“Why would Lin need to take such extreme measures when, with his name written into the Party constitution as heir apparent, and since he was 14 years younger than the chairman, he could expect to succeed in a few years?”