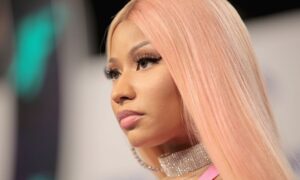 Lilyhammer has been confirmed for season 3, and the popular Netflix series will be out sometime this year. No specific release date or trailer has been released yet.

The comedic drama stars Steven Van Zandt of “The Sopranos” fame as former mob fixer Frank “The Fixer” Tagliano who enters the witness protection program in Lillehammer, Norway. Tagliano has an alias Johnny Henriksen, as he runs a nightclub and raises his two children. But the mob finds out that he’s still alive.

“We are proud to bring back Lilyhammer for a third season,” said Ted Sarandos, chief content officer at Netflix, in a statement.  “Lilyhammer is the type of global show that Netflix members around the world have discovered and love and season three will see that world expand even more.”

Lilyhammer is not as well-known as House of Cards and Orange is the New Black but it was actually Netflix’s first original series, debuting in February 2012.

The second season kicked off in Norway in October, 2013 and in December in the U.S., Canada, the UK, Ireland, Latin America, Denmark and The Netherlands. The second season had eight episodes.