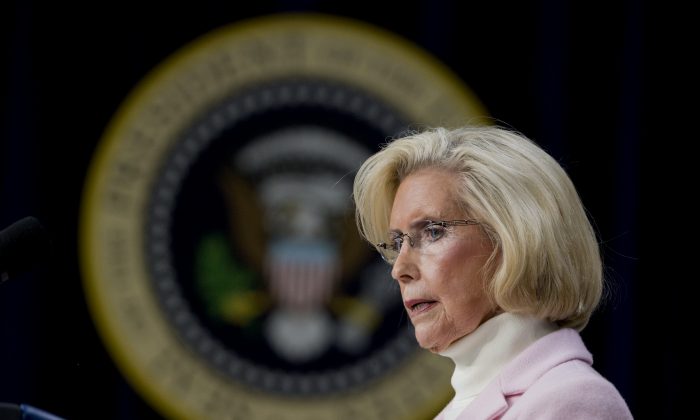 The equal pay activist who has a law named after her has endorsed Hillary Clinton for president.

Lilly Ledbetter appeared with President Barack Obama to mark seven years since Obama signed the bill, which makes it easier to challenge wage discrimination based on gender in court.

Ledbetter had drawn attention after suing her employer, Goodyear, for pay discrimination. She says she received an anonymous note that showed she was being paid significantly less than the men who did the same job, shift manager.

The case made it to the Supreme Court, which ruled there was merit but the case had been filed too late to be compensated.

After appearing with Obama on Friday, she wrote an article published on Clinton’s website that explains why she’s endorsing the former secretary of state.

“This isn’t just my story. It’s the story of women working full time across this country who, despite new protections, are on average still earning just 78 cents for every dollar a man earns—with women of color often being shortchanged even more. That’s money their families are losing out on,” Ledbetter said.

Official: Some Hillary Clinton Emails ‘Too Damaging’ to Release

“Our next president can either build on the progress we’ve made and go even further—or dismiss this important issue. Women across this country need more than rhetoric; they need action—they need a fighter in the White House. I firmly believe Hillary Clinton will be that fighter.”

She said that Clinton has been fighting for women’s rights for decades, and has issues like equal pay, affordable child care, and paid leave front and center in her campaign.