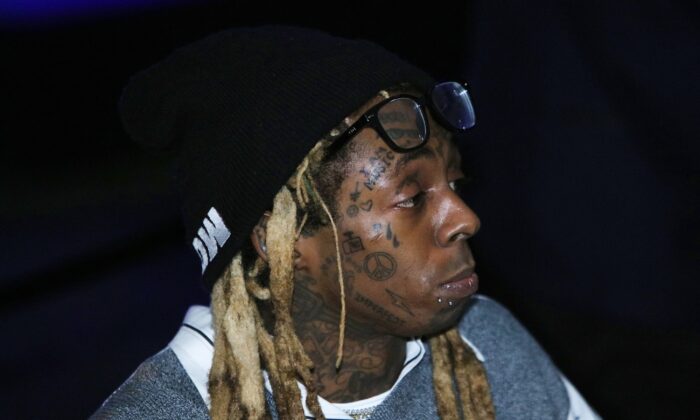 The official pardon letter for rapper Lil Wayne has been released. It bears the signature of former President Donald Trump.

The Jan. 19 letter states that Trump, still the president at the time, gave Lil Wayne, whose real name is Dwayne Michael Carter, a full and unconditional pardon.

The letter was recently filed in the U.S. District Court for the Southern District of Florida in the case against Lil Wayne.

According to court documents, Carter knowingly possessed a firearm and ammunition despite being a convict.

The rapper pled guilty to the charge in December 2020 and a sentencing hearing was set for March.

The pardon means Lil Wayne won’t be sentenced. He was facing up to five years in prison. He was released on bond in mid-December.

Trump pardoned 73 people just before leaving office and commuted the sentences of 70 others.

A White House statement acknowledged Carter’s guilty plea but cited supporters who spoke for the rapper.

“Brett Berish of Sovereign Brands, who supports a pardon for Mr. Carter, describes him as ‘trustworthy, kind-hearted and generous.’ Mr. Carter has exhibited this generosity through commitment to a variety of charities, including donations to research hospitals and a host of foodbanks. Deion Sanders, who also wrote in support of this pardon, calls Mr. Wayne ‘a provider for his family, a friend to many, a man of faith, a natural giver to the less fortunate, a waymaker, [and] a game changer,'” the statement said.

After receiving the pardon, Carter thanked Trump “for recognizing that I have so much more to give to my family, my art, and my community.”

Lil Wayne met with Trump in person in October 2020. The rapper said that they spoke about Trump’s criminal justice reform efforts and a Platinum Plan the Republican released.

The plan was aimed at boosting the president’s support among blacks, outlining what he would do in a second term for the community. Trump lost the November 2020 election to Joe Biden.