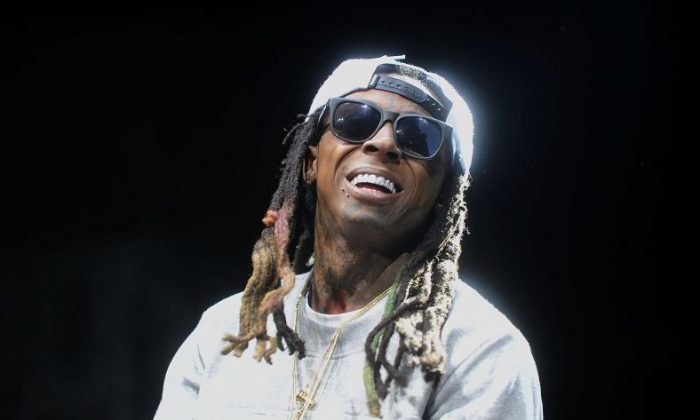 Lil Wayne Walks out on Questions Over Black Lives Support

NEW YORK—Lil Wayne walked out of a television interview after being questioned about the Black Lives Matter movement and whether he supports it, angrily telling an interviewer he’s not a “politician.”

Linsey Davis of ABC News was following up on Wayne’s comments to Fox Sports in September when he said there’s “no such thing as racism.” Davis’ interview was broadcast on Tuesday’s “Nightline.”

Wayne, whose real name is Dwayne Carter, stood by the comment. When asked about his thoughts on Black Lives Matter, he said it “sounds weird,” apparently referring to the name.

“It’s not a name, it’s not ‘whatever, whatever,’ it’s somebody got shot by police for a (messed) up reason,” he said, using an expletive. He described himself as a “young, black, rich” man, which he says shows America understands that black lives do matter.

He added: “My life matter, especially to my [expletive].”

Wayne also doesn’t see any connection between him and the Black Lives Matter movement.

“I don’t feel connected to a damn thing that ain’t got nothing to do with me,” he said.

The 34-year-old rapper angrily told Davis he isn’t a “politician” while taking his microphone off after ending the interview.